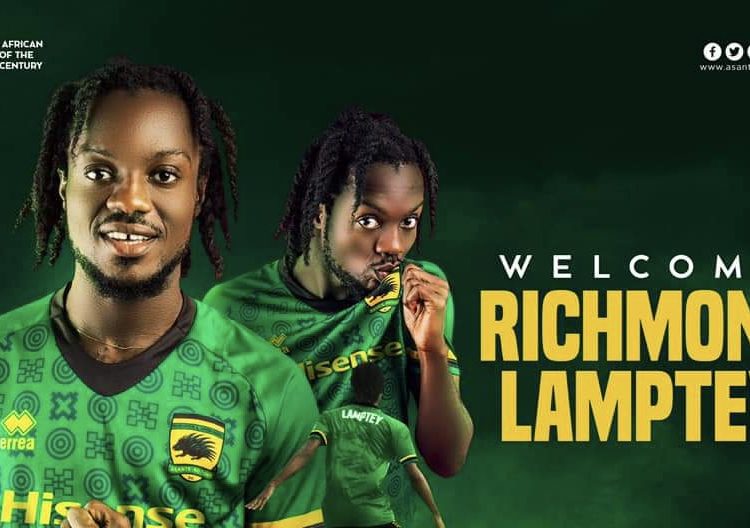 The left footed enforcer, joins the Porcupine Warriors on a three year deal.

Lamptey becomes Kotoko’s first signing of the transfer window, with the deal being announced on the club’s social media platforms on Monday.

Ghana Premier League fans will recall Lamptey for his sensational strike against Hearts of Oak during the 2020/2021 season.

He made 47 appearances in the Ghana Premier League for Inter Allies after joining in 2018.