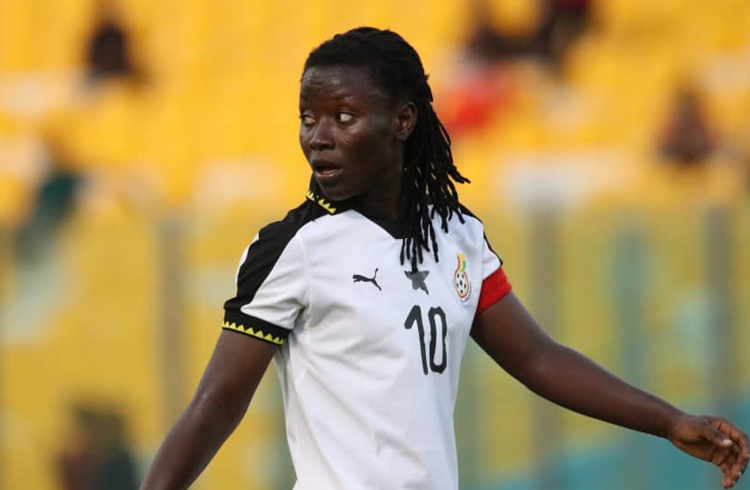 In the month of June this year, Addo who plays for Swedish side Djugardens IF, expressed worry over Ghana’s preparations for the Women’s Afcon qualifiers on her twitter.

“The Super Falcons of Nigeria played Portugal yesterday in a friendly which ended 3-3.”

“We saw Nigeria play Portugal last night and they gave a good account of themselves. We would play a crucial qualifier with this team in a few months and their preparation is enviable. Black Queens need good international games to get ready. Please listen to us for once.”

Elizabeth Addo has been omitted from Ghana’s team which will be participating in the Aisha Buhari Cup with no reason provided but reports of a rift between the player and the GFA has been suggested as the motive.

According to the GFA Communications Director, Addo should have used laid down protocol to address her grievances.

“I saw that particular tweet and I think we need to educate our sports men especially footballers on terms of engagement.

“You can imagine Henry Asante Twum woke up one morning and posted a distasteful statement about the company that puts food on the table for me and my family.

“I don’t think the coach of the Queens or the General Secretary of the FA or the head of the national teams department would repel a suggestion from team captain if it was done in formal way.

“To step out of the official operating area and to go public without regard to structures, conduct and laid down procedures it is gross indiscipline and disrespect to the establishment,” he told Starr FM in an interview.

It remains unclear if Addo will return to the Black Queens in subsequent assignments.