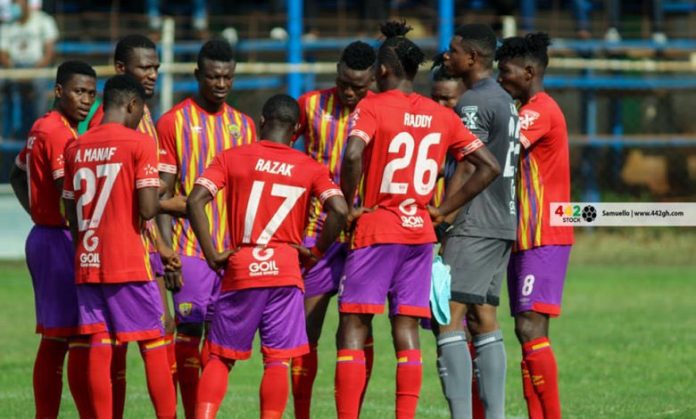 Ghana Premier League Champions, Accra Hearts of Oak lost 3-2 to newly promoted side Accra Lions in a friendly match on Sunday at the Accra Sports Stadium.

The match comes just a week before the Phobians take on Guinean side CL Kamsar in the Preliminary round of the CAF Champions League in Accra.

Daniel Afriyie Barnieh, gave the Champions the lead but that lead did not last long before Oliver Amedor leveled for Accra Lions.

Hearts went into the break with a 2-1 lead courtesy of Isaac Mensah, but Hearts failed to impress in the second -half, allowing Accra Lions to come from behind to score two goals and eventually win the match.

The first leg fixture between CL Kamsar and Hearts of Oak was cancelled due to the political unrest in Guinea, leading CAF to make the two-legged tie a one-off game which will be decided at the Accra Sports Stadium on Sunday, September 19.