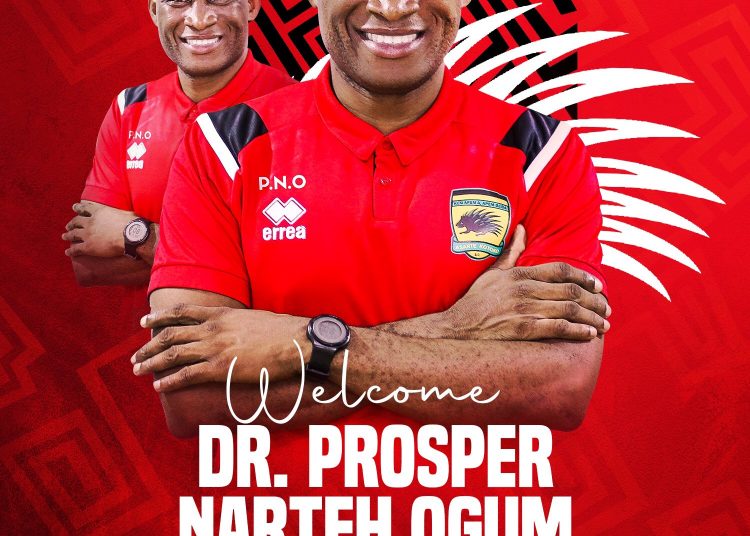 The 43-year old joins the Porcupine warriors on a two-year deal.

The former WAFA head coach, comes in to replace Mariano Barreto who has been relieved of his duties following misunderstandings with the Kumasi based club.

Kotoko announced the appointment via their official Twitter handle in the early hours of Sunday.

Kotoko finished the 2020/2021 Ghana Premier League season in second position after falling short in the final few games of the season while Narteh himself led Wafa to a third place finish.