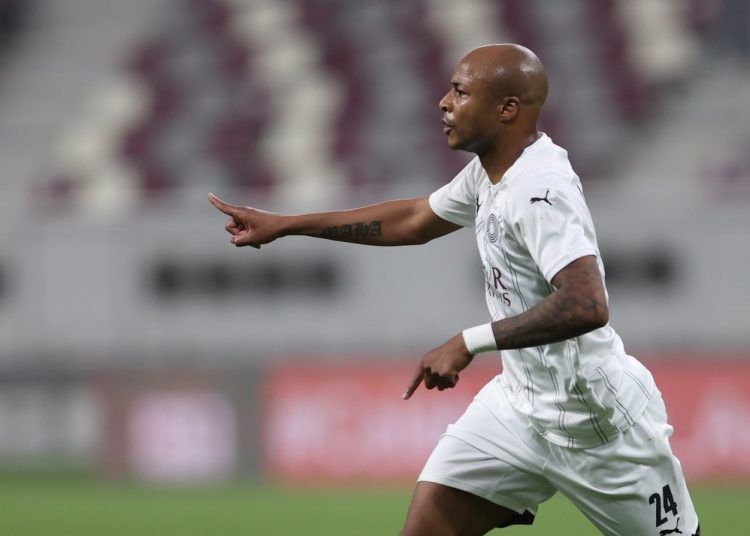 Black Stars captain, Andre Ayew, has scored in his second successive game for his new club Al Sadd in the Qatar Stars League.

Ayew scored the 3rd goal for Xavi Hernandes’ side in a racy first 30 minutes in which the Qatari Champions took a 3-0 lead by the 24th minute against Al Rayyan.

The 31 year old started the move after dispossessing an opposition player before finishing off brilliantly after being picked out by Algerian striker Baghdad Bounedjah.

It’s the second consecutive game in which the Ghana captain has scored, getting his first goal last weekend with a superb finish against Qatar Sports Club.

The former Swansea start is hitting top form at a crucial time ahead of Ghana’s 2022 World Cup qualifying games against Zimbabwe next month.

Ghana host the first leg on October 9 before the second leg in Harare on October 12.

Serbian trainer Milovan Rajevac is set to take over the Black Stars job for the two games after CK Akonnor was fired following defeat to South Africa in the last international break.

This guy is a very good goal scorer. Second successive game now he’s scored for Al Sadd. He’s not finished yet, is he? pic.twitter.com/uXn4LMKAsA