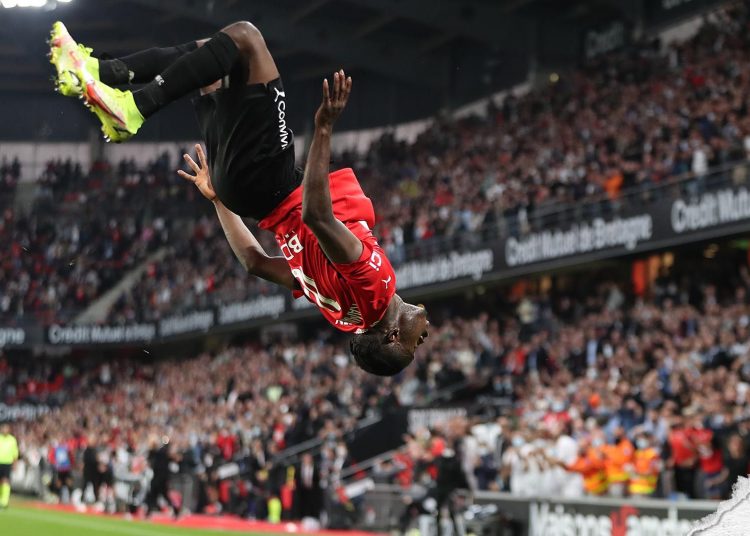 The 19-year-old put up a man of the match performance as Rennes grabbed all three points at the Roazhon Park.

The brace sends his goal tally to three in seven league games this season as he begins a perfect start to his career in France following a big move from Danish club, FC Nordsjælland.

Jonas Martin broke the deadlock for the hosts in the 32nd minute before Terrier doubled Rennes’ lead. After the break, Kamaldeen then picked up the pace and hit a brace in two minutes to extend the French side’s lead to four.

Gaetan Laborde then headed into the net to increase the hosts’ lead before Birger Meling set up Flavien Tait to make it 6-0 on 77 minutes.

The win has sent Rennes to 11th on the league table, just one point and one spot below their matchday opponents.