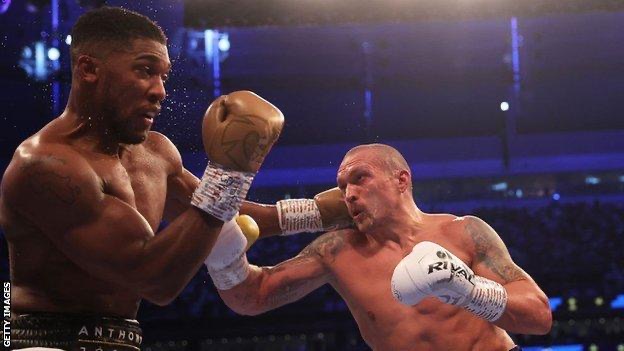 Oleksandr Usyk is the new unified heavyweight world champion after dethroning Anthony Joshua with an incredible performance in London.

The Ukrainian put on a masterclass in front of 65,000 fans inside Tottenham Hotspur Stadium, outclassing Joshua over 12 rounds, and hurting the defending champion on numerous occasions.

It appeared the easier fight for Joshua, but boxing’s triumphant return to stadium nights was soured for the home crowd by a truly exceptional performance from the challenger.

Aside from the Briton’s long-term career prospects, Joshua versus Fury now appears to be dead.

Fury fights Deontay Wilder next month in Las Vegas and every fight fan’s greatest fear has been realised after the unification bout collapsed last summer.

For a start, Joshua will have to win his rematch with Usyk which, after Saturday night’s meeting, appears near impossible.