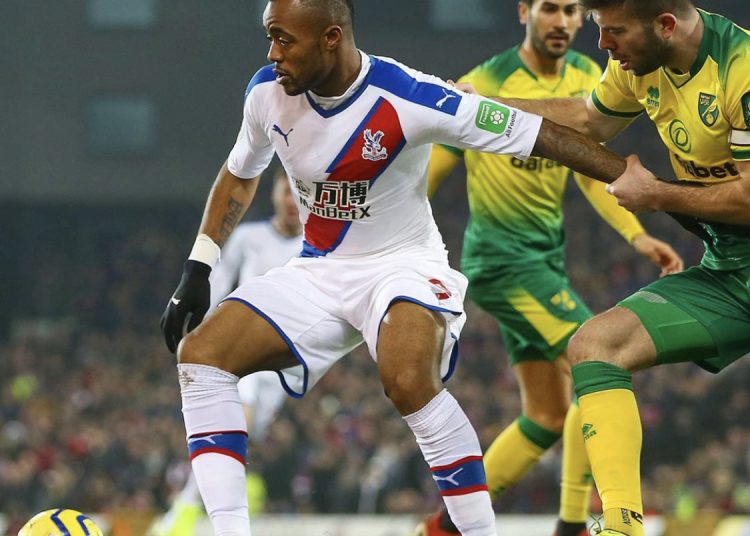 Jordan are in action for Crystal Palace against Norwich City

Crystal Palace manager Patrick Vieiria has explained that striker Jordan Ayew’s goal drought is as a result of a lack of confidence.

The Ghana international has not scored for the club for nearly a year, last scoring in a 4-1 win over Leeds United in November 2020.

The former Aston Villa forward missed a chance to secure the winner for Palace against Brighton in Monday’s game at the Selhurst Park in a matchweek six fixture.

Jordan Ayew was presented with a glorious chance to make it 2-0 after being played through on goal with the goalkeeper but his shot went wide.

“Jordan was like every other player, everybody was really disappointed not to take the three points,” Vieira said after the game.

“Obviously Jordan missing the chance was important but when he doesn’t score, especially a forward, here is a lack of confidence and self-belief.

“It is my responsibility to bring him back to what he can do and scoring goals.”

Palace broke the deadlock on the stroke of half-time when Wilfried Zaha converted a penalty.

In the fifth minute of the second half injury time and virtually the last action of the game, Brighton scored a dramatic equaliser through Neal Maupey.

Ayew has made six apperances for Crystal Palace in the ongoing campaign and is yet to register a goal.

He has been invited for Ghana’s 2022 World Cup qualifiers against Zimbabwe next month.