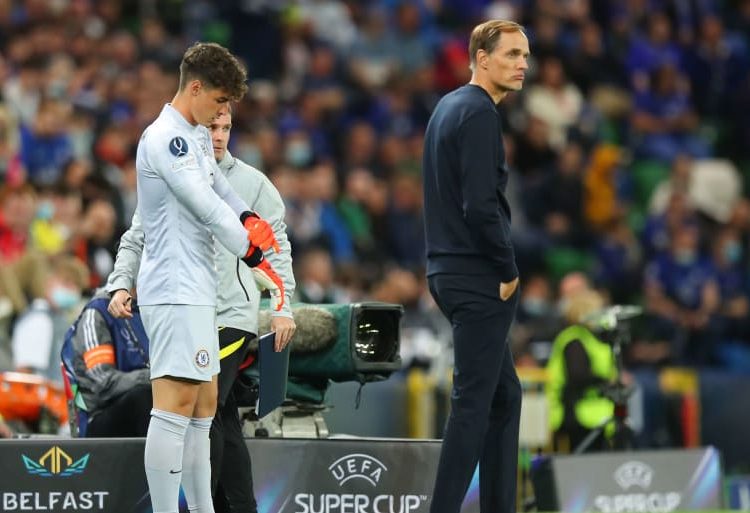 For every coach, winning starts with your ability to pick the right players for each game. Sometimes, managers go into games with the right ideas but with the wrong players. That can often derail a tactical approach to games.

But when that happens, that’s when the last but the most important aspect of management comes into play – the ability to spot what is not working and fixing it. That’s called the in-game tactical response.

This can often involve switching things up with the same players on the pitch, or bringing in substitute players to rescue the situation.

Many coaches have lost crucial games because they failed to respond to a broken system or a tactical switch by the opposition manager.

This season, Chelsea manager, Thomas Tuchel, has proven himself to be a bit of a master at spotting problems and immediately deploying new players to fix them before things get out of hand.

Out of the 11 competitive games the Blues have played this season, four victories have come directly as a result of the impact of a substitute player Tuchel brought on to fix a glaring problem.

It started with the UEFA Super Cup victory against Villareal at the start of the season. With the game levelled 1-1 after extra time and looked destined for a penalty shoot-out, Tuchel wasted no time in bringing on goalkeeper Kepa Arizzabalaga to replace Edouard Menday, who had been arguably the best goalkeeper in the Europe in the past 12 months.

But the manager took a bold decision, trusted that Kepa was better prepared for the shoot-out and the German was spot on with that decision. Kepa saved the crucial penalty that gave Chelsea victory.

This can look an easy decision on paper but it is not. Not every manager has the nerve to make such calls – cue in Ole Gunnar Solksjaer in the Europa League final against the same opposition a few months prior.

Against Liverpool in the Premier League, when Reece James got sent off on the stroke of half time, Tuchel immediately brought on Thiago Silva for Kai Havertz and that proved a pivotal decision as Chelsea put up a defensive masterclass to go away with a point.

Of course, if the right players are picked for the right tactics, managers would not need substitute players to come on and rescue them. So yes, it’s a bit of a double-edged sword. But that’s why they are paid the big bugs. You’re allowed mistakes, but you’re also expected to fix them before they become a crisis and cost valuable points.

Tuchel gave Saul Niguez his debut against Aston Villa just a few days after he joined the Blues from Atletico Madrid on loan. Having trained with the squad throughout the international break, Tuchel thought he had seen enough of the Spaniard to throw him into the mix almost immediately.

How wrong he was. Saul had one of the worst debuts of any Chelsea player in recent memory, giving away the ball too easily and looked out of pace.

Chelsea did not pay for his mistakes, thanks largely to brilliant goalkeeping from Mendy and a bit of profligacy from the Villa attackers. But Saul himself paid for them, with Tuchel taking him off at half time for Jorginho and Chelsea went on to dominate and win the game 3-0.

This is an example of a manager getting it wrong from the start and fixing it before it cost the team.

Against Tottenham Hotspur in the Premier League, the decision to bring on N’golo Kante for the lackluster Mason Mount at the start of the second half proved the game changer in that 3-0 victory.

The thing about Tuchel is that he does not wait for the drizzle to become a full blown downpour before deciding it is time to remove his clothes from the dry line. He acts when he sees a rain drop.

The game against Southampton over the weekend was another good example of Tuchel winning the game from his substitutions. The introduction of Mason Mount and Ross Barkley swung the game in the Blues’ favor, with the latter’s pass to Azpilicueta setting up the 3rd goal.

Of course, the former Dortmund manager hasn’t always got it right with his substitutions. But it appears that is more of the blip and almost always getting it right has become the norm.

In an era where most teams seem equally matched from the start and managers have lots of times to prepare for games, it is this ruthlessness from the German to ring changes whenever obvious that sets him apart and Chelsea are all the better for it.