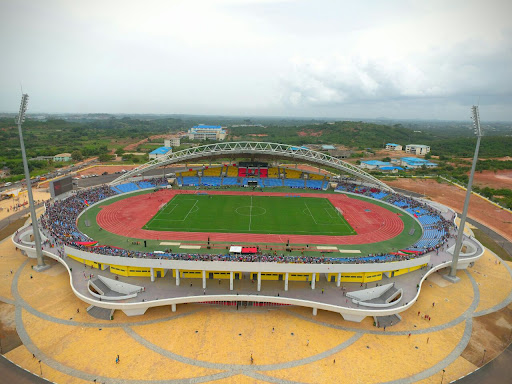 The National Sports Authority insist the Black Stars 2022 FIFA World Cup qualifying match against Zimbabwe will take place at the Cape Coast Stadium despite reports that the game had been moved to Obuasi.

Reports surfaced on Tuesday afternoon that the Ghana Football Association had moved the game to the Obuasi Len Clay Stadium amidst disagreement between the GFA and the NSA over accreditations for the game.

But the NSA, who run the Cape Coast Stadium, are adamant no such change has been communicated to them and that they are preparing earnestly ahead of the game on Saturday.

“As I speak to you, we are currently inspecting the stadium and everything looks in good condition to host the match,” NSA Director General, Patrick Twumasi told Citi Sports.

“There are so many implications from security to finances that span several weeks before a game of this nature so unless there is some sort of force majeure, you can’t just wake up with four days to a game a change venue,” he said.

The GFA and NSA both released statements claiming to be responsible for accrediting journalists and officials for the game.

Only one of the entities should work on accreditations. The NSA has overseen accreditations throughout the qualifying phase for AFCON 2021 as well as the Ghana vs Ethiopia game at the start of the World Cup qualifiers and deem the current move by the GFA as attempts to usurp their powers.