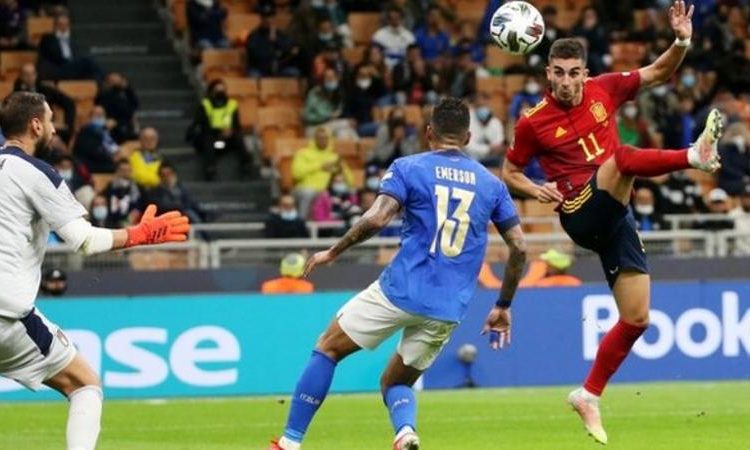 Italy’s world-record 37-game unbeaten run came to an end as Spain beat them in an enthralling encounter at the San Siro to reach the Nations League final.

Albeit in Uefa’s secondary tournament, Spain got a measure of revenge for their Euro 2020 semi-final penalty shootout defeat by eventual winners Italy at Wembley.

Italy were already second best, and 1-0 down, when captain Leonardo Bonucci was sent off for two bookings, the second for an elbow on Sergio Busquets.

They looked dead and buried until Lorenzo Insigne’s late goal after a wonderful Federico Chiesa run on a counter-attack – but could not find an unmerited equaliser.

Spain handed 17-year-old Barcelona midfielder Gavi a start, making him the youngest international in their history – less than six weeks after his club debut – and he looked at home on this stage.

The Nations League may be a fairly new tournament – and derided by some – but when both sides had 11 men this was played with the talent and intensity of any World Cup or European Championship encounter.

This also marks the first time Italy have lost a competitive game in their homeland since 1999.