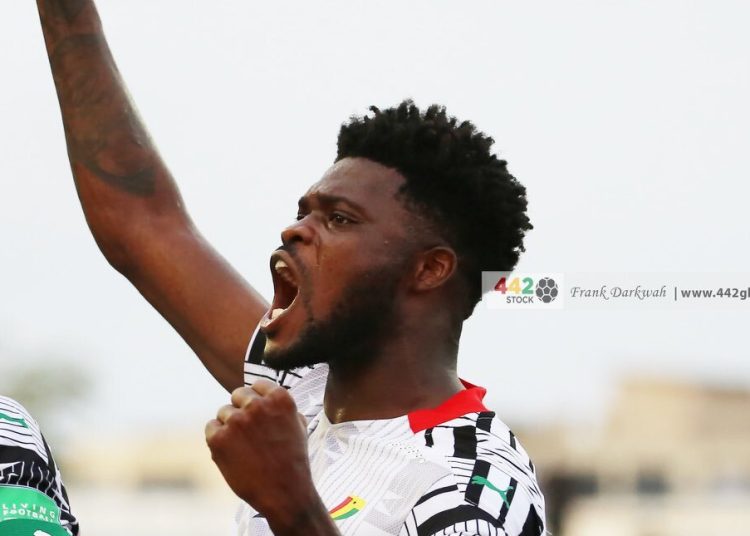 Thomas Partey’s brilliant first-half free-kick was the difference as the Black Stars beat Zimbabwe 1-0 in their 2022 World Cup Qualifier in Harare.

Despite dominating much of the first half, Milovan Rajevac’s men had to wait until the 31st minute to find a goal.

Left-back Baba Rahman was fouled on the edge of the box, and Thomas Partey stepped up to fire home.

The Zimbabwean goalkeeper would have been disappointed to concede that goal but Partey wouldn’t have minded one bit.

It was his 12th goal for the Black Stars and his second from a free-kick.

The win takes Ghana two points clear at the top of the table with South Africa hosting Ethiopia later today.

Take a look at Partey’s goal below:

An absolute marverlous free-kick from Partey!! What a goal by the Arsenal midfielder and Ghana’s captain for the night!! #COYG #Blackstars pic.twitter.com/FUTcQe2dLi