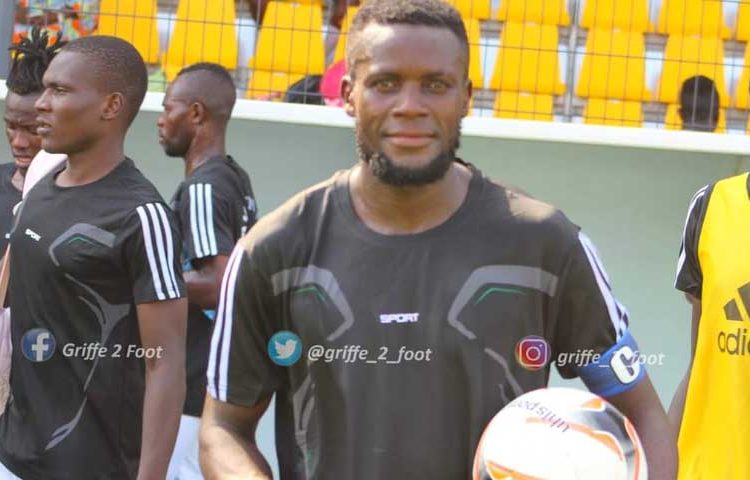 0
SHARES
71
VIEWS
Share on FacebookShare on TwitterShare via Whatsapp

Cameroon international, Georges Rodrigue Mfegue Omgba has emerged as one of two late striker signings Asante Kotoko have managed to secure ahead of the 2021/22 season.

While parting ways with a lot of players and equally augmenting their squad with over a dozen of youthful and experienced signings, the Porcupine Warriors have had it tough fixing a major problem area for their team in the last campaign – landing the services of a proven scorer or two in the transfer market.

After a failed attempt to sign last season’s second-round sensation Justus Torsutsey from WAFA SC, the Porcupine Warriors cast their net wide to other African countries.

Kotoko rekindled their interest in Ugandan striker Steven Mukwala, a target from last season but failed again to sign him.

Despite the player publicly declaring sealing his personal terms and eager to join the team at their Dubai training camp when he is done with national team duties this week, Kotoko couldn’t meet the demands of his current club URA FC with whom he has one year left on his contract.

The 23-time Ghanaian champions, however, managed to find an alternative fix by signing two strikers from the Cameroon Elite One League, club sources indicate.

Of the two Cameroonian signings, it is the 24-year-old leading striker and captain for Avion FC, whose name has first emerged.

Kotoko will soon announce his arrival on a three-year contract.

Born June 8, 1997, in Douala, Mfegue – whose play is characterized by a combination of speed and power – started out at AS Estuaire from 2010 to 2014 where he was named the club’s top scorer twice in four seasons.

In 2017, Mfegue moved to Avion FC while they played in the second-tier. In that very year, Mfegue’s proficiency up front propelled Avion to Elite One promotion.

2018/19 season – his consistent form earned him a call-up to the home-based Indomitable Lions team coached by  Cameroon legend Rigobert Song.

In 2019/20, Mfegue was appointed captain of Avion FC. During a difficult season for his side, he was voted player of the month for November and had scored another 8 goals before the Championship came to an abrupt end due to the COVID-19 pandemic.

Georges Mfegue completed the recently-ended 2020/21 league campaign as the second top scorer with 10 goals, including a hat-trick against Dragon de Yaounde – the first of the season.

In his three seasons in the Cameroonian topflight with Avion, Mfegue combined 26 league goals and contributed many assists.