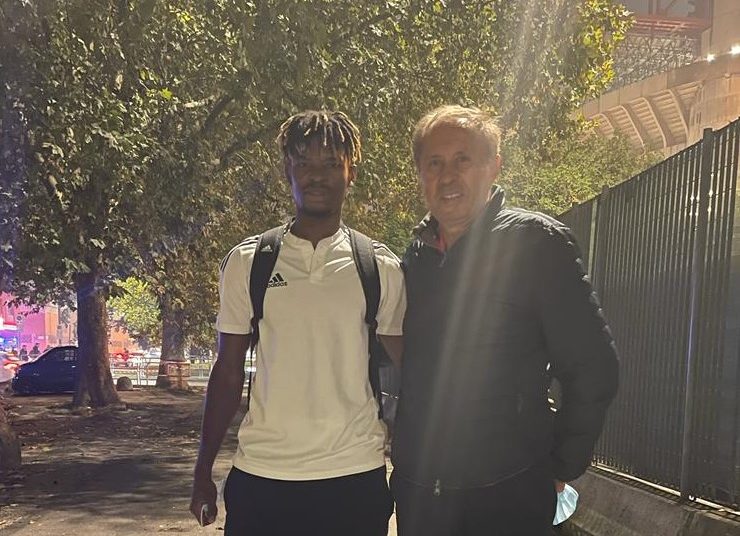 Edmund Addo of Sheriff Tiraspol could soon make his debut for Ghana’s Black Stars after he was spotted in the company of Ghana head coach Milovan Rajevac.

Rajevac watched the 21 year old play 74 minutes for Sheriff Tiraspol in the UEFA Champions League at the San Siro against Inter Milan in a match the Moldovan side lost by 3 – 1.

Addo received a late invitation to the national team as a replacement for Alfred Duncan ahead of the double header against Zimbabwe after an impressive showing against Real Madrid but was prevented from joining the national team by his club side.

The Moldovan club refused to let him join the Black Stars for the Zimbabwe games on grounds that Ghana’s invitation did not meet the required minimum 10 day prior notice as prescribed by FIFA.

However, he might not have to wait much longer as he put in a decent shift with the Serbian tactician looking on.

Ghana’s next world cup qualifier will be against Ethiopia on November 11 and the Ghanaian youngster who ranks second for Sheriff Tiraspol in tackles and interceptions (12) could soon fulfill a dream.