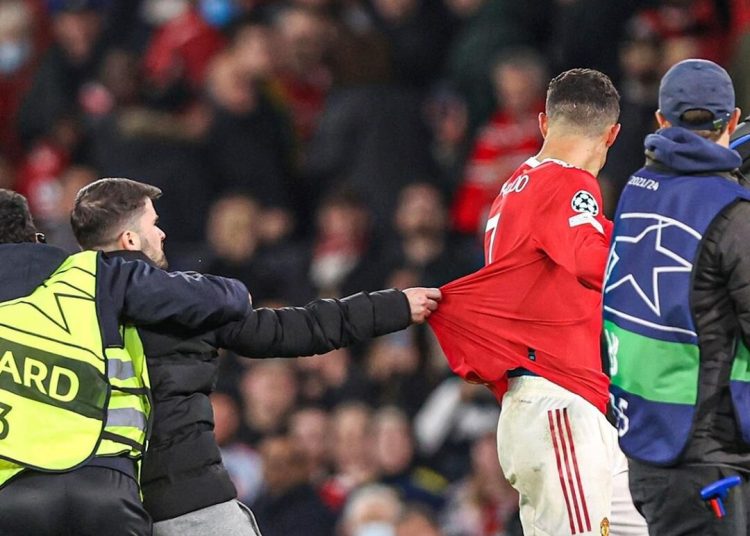 Manchester United superstar, Cristiano Ronaldo was the toast of fans on Wednesday night after his late header secured a crucial comeback win over Atalanta at Old Trafford.

Having already lost one of their first two group games, United could not afford to slip up against Atalanta. 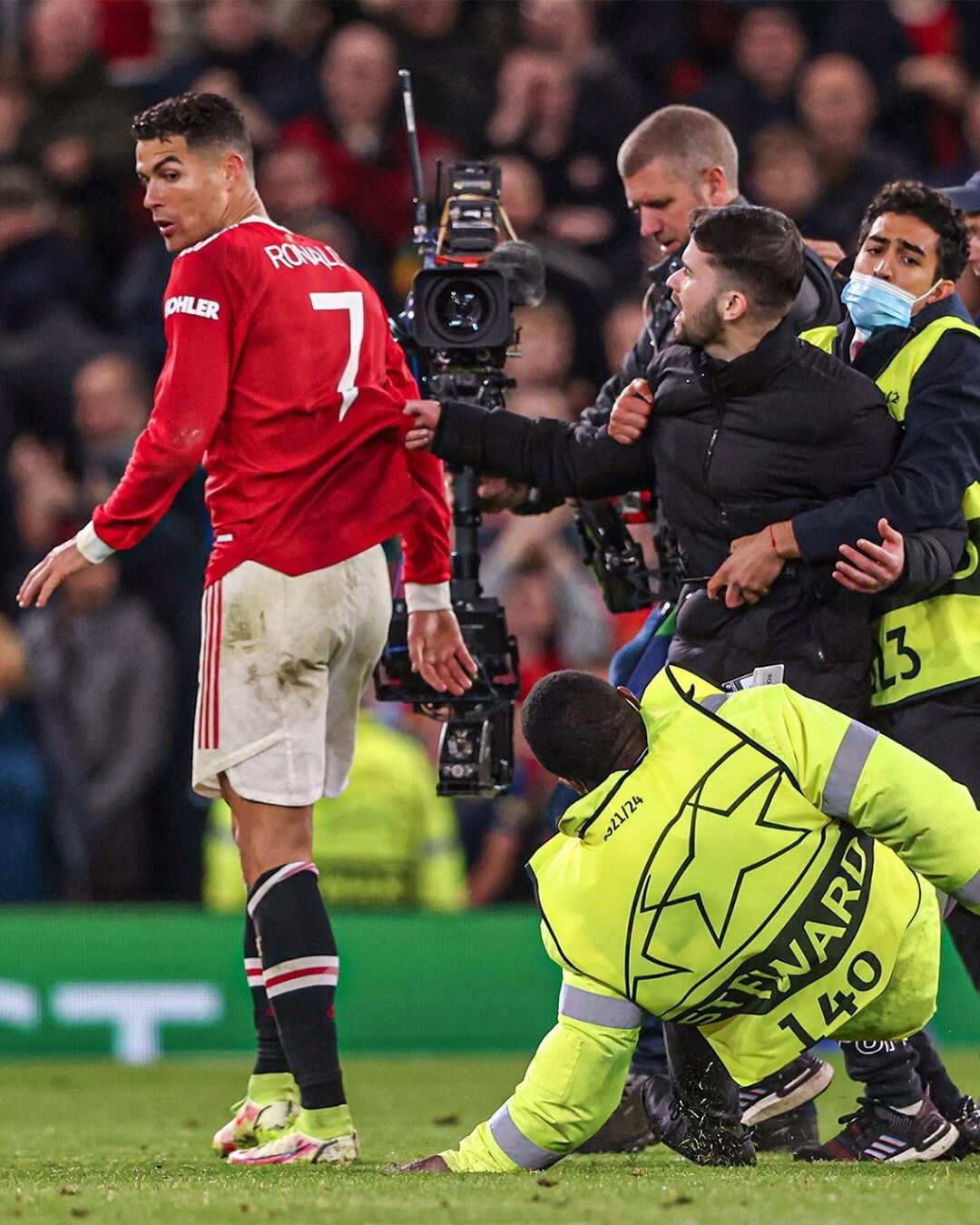 But after a dreadful first half in which they conceded two goals, United were on the verge of a crisis, with pressure also mounting on manager Ole Gunnar Solskjaer. 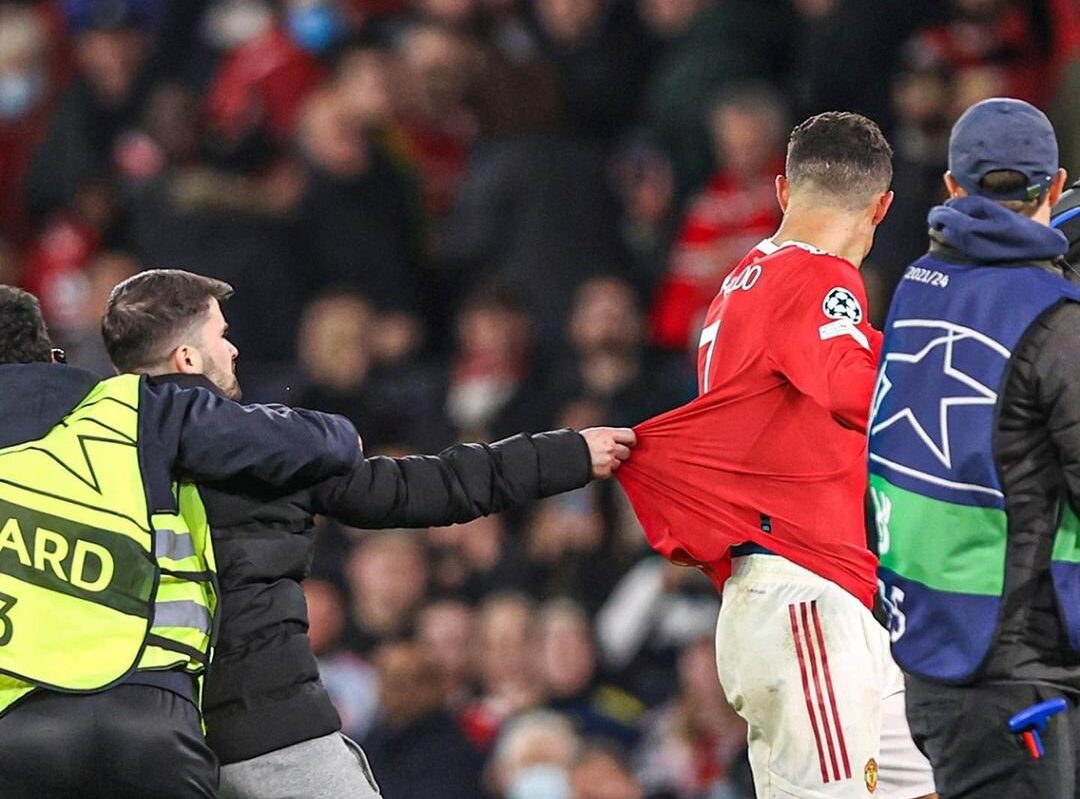 The third goal prompted deafening celebrations inside Old Trafford as the United fans screamed in joy and also in relief.

One fan was so excited about the victory that he jumped from the stands and sprinted the full length of the pitch towards Ronaldo. 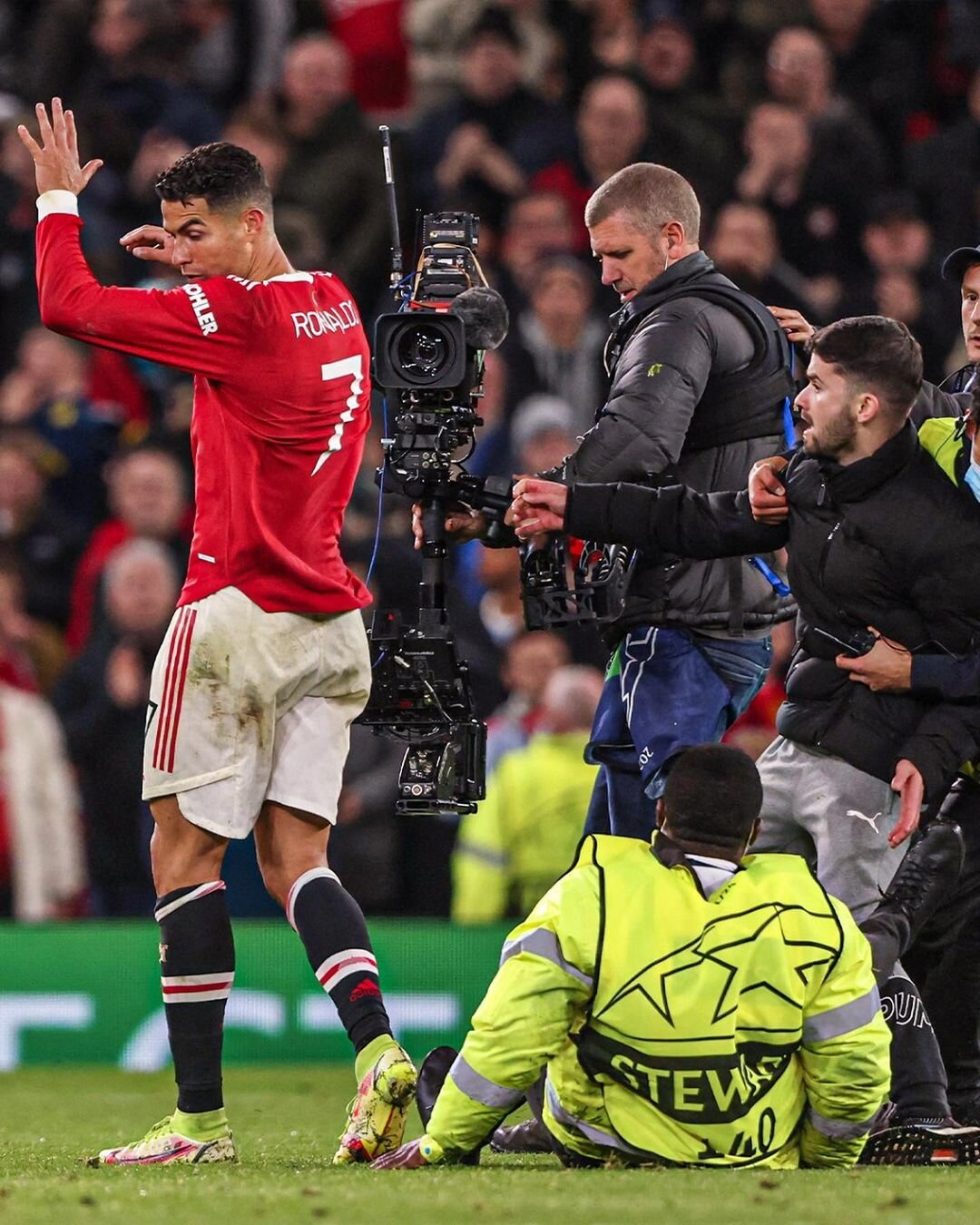 The stewards at Old Trafford gave him a chase but they couldn’t keep up with this Usain Bolt regen who managed to grab the back of Ronaldo’s shirt before being hauled to the ground.

One other steward slipped during the sprint and almost took out the Portuguese forward.

Ronaldo, initially unaware of his chaser, looked back in surprise before smiling after realising what was happening.