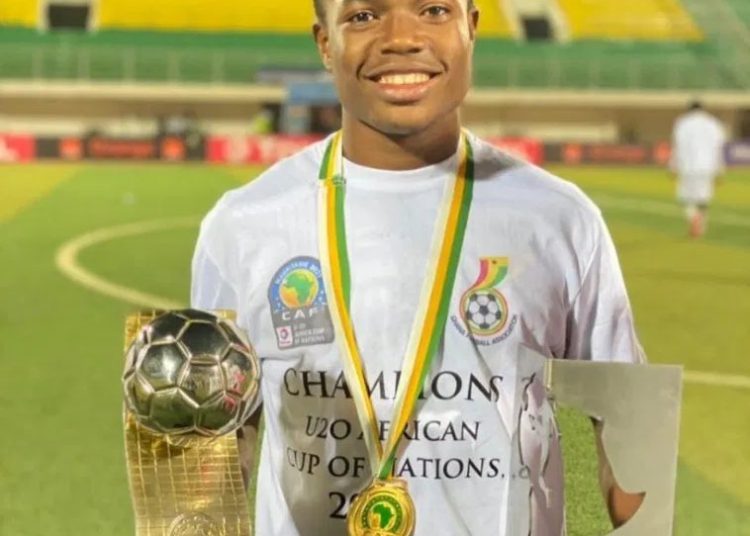 However, the club has not stated the duration of the loan deal but it is believed to be a short term deal that will last till March, 2022.

He joins from Division One side Steadfast FC ahead of the 2021/2022 Ghana Premier League season.

The club released a statement announcing Issahaku’s signing which reads in part;

“The former best African youth footballer shot to the limelight after taking the African youth tournament in Mauritania by storm in 2020 and winning with the Black Satellites.

“Fatawu a product of Steadfast FC in the Division one league has eyes for goals with his surging runs and exceptional expertise with set pieces will be expected to provide more options in the midfield of the Believers.

“The senior national team starter will join the team in the preseason as they continue to fine-tune for the 2021/2022 Ghana Premier League Season which commences on the weekend of 28th October 2021”.

The 17-year old recently made his debut for the senior national team the Black Stars against Zimbabwe in the 2022 World Cup Qualifiers.

He will join the club for the rest of their preseason training before the season begins this weekend.