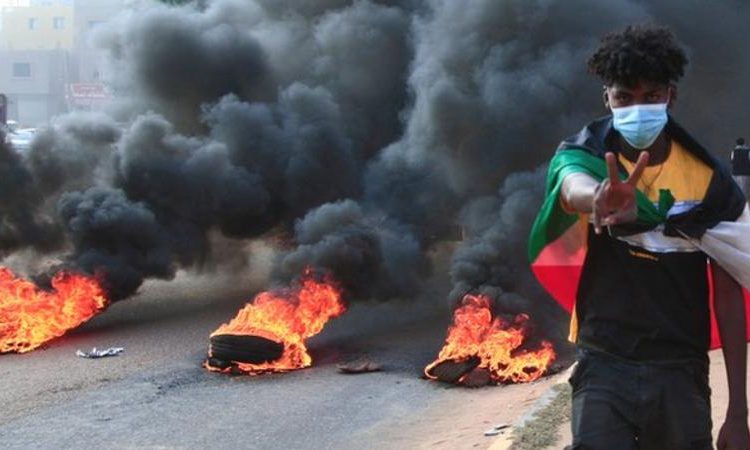 The Algerian football federation (Faf) says its women’s national side is “in a good condition” in Sudan, despite the ongoing coup in the country.

The Algeria squad are in Khartoum ahead of Tuesday’s qualifier for next year’s Women’s Africa Cup of Nations, protecting a 14-0 lead from the first leg.

It is unclear if the game on Omdurman will go ahead after Sudan’s military dissolved civilian rule, arrested political leaders and declared a state of emergency.

The Confederation of African Football (Caf) is monitoring the situation.

A statement by Faf on Twitter said: “The Algerian federation is keen to reassure the sporting public that the delegation of the national women’s team, who are currently staying in Khartoum, is in good condition, despite the prevailing political situation.”

Faf says it is ‘working to repatriate’ the team, which has been based in its hotel, following the coup.

Algeria’s women are the second African team to be caught up in a coup in as many months after Morocco’s men’s side had to be evacuated from Guinea last month in similar circumstances.

“Caf is monitoring the situation and an official statement will follow after receiving reports from all parties,” African football’s ruling body told BBC Sport Africa on Monday.