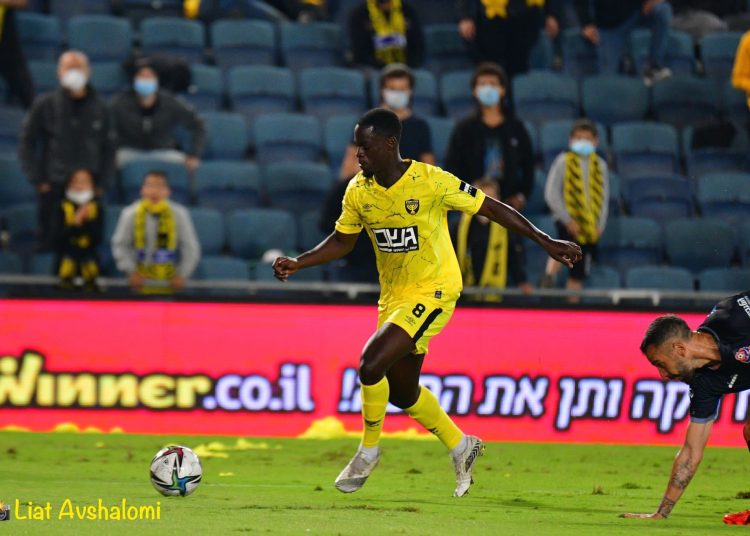 Ghana attacker Edwin Gyasi was instrumental for his Beitar Jerusalem outfit on Sunday when the team posted a 2-1 defeat over in-form Hapoel Haifa in the Israeli Premier League.

The experienced forward started for his team on the day when they hosted the matchday seven opponent at the Teddy Stadium in Jerusalem.

Proving he deserved to be selected for the game against the top opposition, Edwin Gyasi worked hard and was at times unplayable with his display of quality in the half of Hapoel Haifa.

Courtesy of goals from Yardin Shua and Adi Tamir, the Ghana forward and his Beitar Jerusalem side cruised to a delightful 2-1 win at the end of the game with Alon Turgeman netting the consolation for the visitors.

Speaking after the game, Edwin Gyasi shared his joy while indicating that the win will serve as a confidence booster for his team in upcoming matches.

“The win today was very important for us as a team to move forward. We had a very good first half and the second half was a little bit not as good but still we scored. I had one chance I had to execute but unfortunately, it didn’t go in. I will work hard to score next time.

“I think this win has definitely given us a boost because this team was on top of the table and we won. We need to keep that energy and the same intensity in the next match. I think that will help us,” Edwin Gyasi said after the win against Hapoel Haifa.

Up next for Beitar Jerusalem, the team will not be in action until Monday, November 1, 2021, where they will take on Hapoel Nof HaGalil.