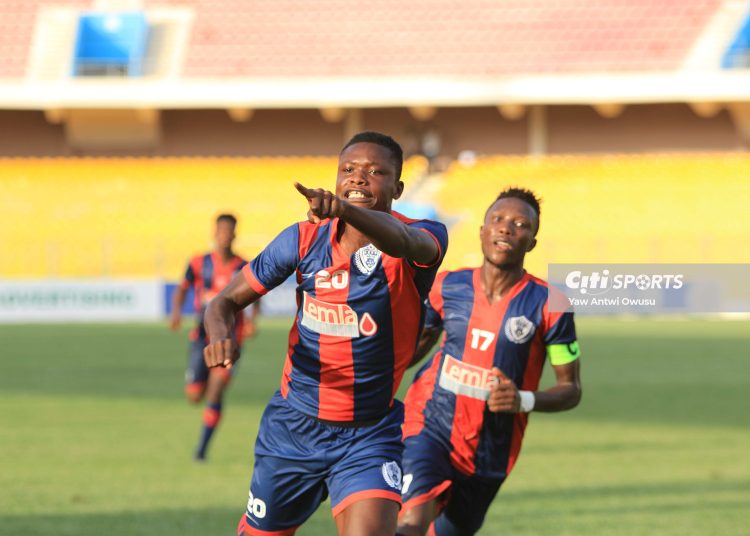 The two sides entered the game at the Accra Sports Stadium on the back of stalemates in their season openers the previous weekend.

Giant defender Joseph Adjei scored the opener in the 22nd minute for the Royals.

But the lead only lasted 7 minutes as former player David Abagna scored to level the match for the visitors.

Legon Cities then shot themselves back in the lead through a well-taken free-kick by Nat Akwah.

Speedster Jonah Attuquaye stretched the lead to 3-1 by converting a penalty in the 75th minute.

The Northern Blues also won a penalty not long after with Abagna expertly converting in the 78th minute for his brace and third goal in two matches.

Legon Cities managed the game for the remaining 12 minutes to secure the 3-2 win.

Coach Maxwell Konadu’s side are now on four points after two matches in the 2021/22 GPL.  RTU have a point to show.