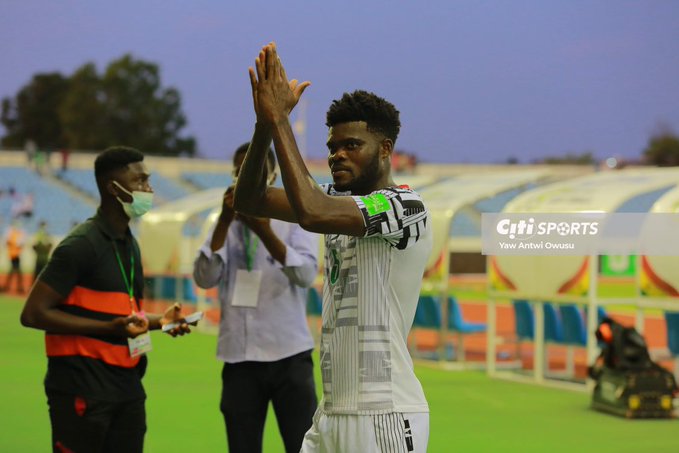 Arsenal midfielder Thomas Partey is set to miss Ghana’s world cup qualifier against Ethiopia on November 11 as he deals with some tightness in his groin area.

Partey will however join the team for the encounter against South Africa in Ghana on November 14.

Partey missed Arsenal’s matchweek 11 encounter against Watford as a precautionary measure after he reported some discomfort in the build up to the matchday.

After deliberations between the GFA and Arsenal, both parties agreed for the player to sit out the first of the two matches.

Partey recorded a goal in each of Ghana’s last two qualifying games against Zimbabwe.