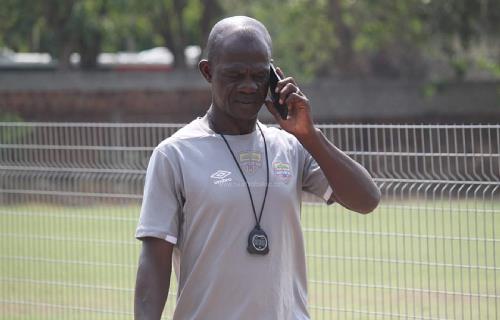 Aduana Stars came from behind to draw against defending champions Accra Hearts of Oak in match day 3 action of the Ghana Premier League.

After last weekend’s disappointing 3-1 home defeat against King Faisal, Aduana needed a response in what looked like a daunting task at the Accra Sports Stadium.

Bright Adjei’s 80th minute penalty cancelled out Kofi Kordzi’s opener for Hearts and earned a much deserved point for Aduana.

Head Coach of Aduana Stars, Joseph Asare Bediako, however believes his side should’ve won the game, but credited his side for the point.

“Hearts dominated the first half, although the ball was mostly in their own half. We changed the system in the second half, and it was clear that we dominated,” he said.

“We should’ve won the game, but we are happy with the point.”

Kofi Kordzi disappointed with Hearts ‘shameful’ start to the season

Kofi Kordzi disappointed with Hearts 'shameful' start to the season