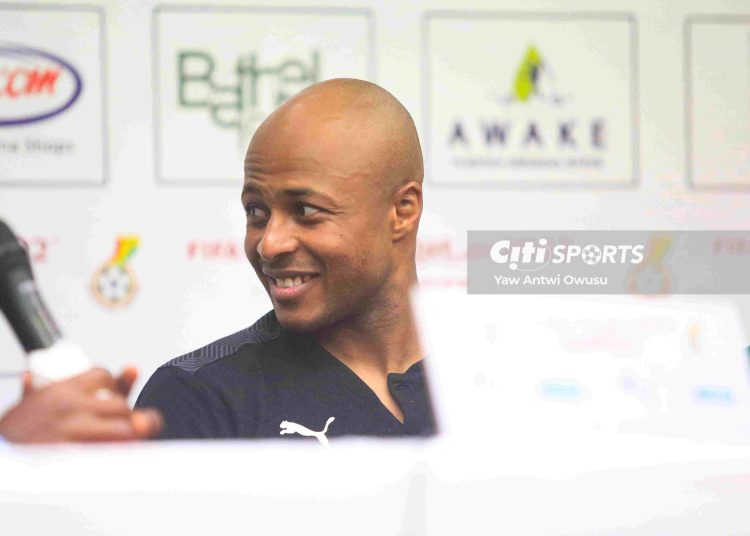 Ghana’s matchwinner against South Africa last Sunday, Andre Ayew, believes the penalty which he converted to take the Black Stars through to the final round was not a contentious one.

South Africans were incensed when Senegalese referee, Maguette Ndiaye pointed to the spot after Daniel Amartey went down in the box in the first half.

Allegations of match manipulation have dogged the aftermath of the game, with the officially South Africans lodging a complaint to FIFA about the game and requesting an investigation.

Andre obviously does not sympathise with the South Africans, even insisting that the Black Stars should have had a second penalty in the game for a “clear” foul on his brother Jordan.

“We had more clear chances. Yes, it was a tough game. South Africa came in and needed a draw. We should have scored more. There was a clear penalty on Jordan as well so I think it was the other way around. There should have been two penalties,” he said at the post-match press conference.

FIFA has acknowledged receipt of SA’s complaint and has said it will investigate the matter.

It has referred the case to its Disciplinary Committee for hearing and ruling on November 23, 2021 with the Ghana Football Association (GFA) given until November 20 to submit any statements or evidence.

“… we wish to inform the South African Football Association as well as the Ghana Football Association that the above-mentioned protest will be submitted to a member of the FIFA Disciplinary Committee on 23 November 2021 for consideration and decision in accordance with art. 14 (9) of the Regulations FIFA World Cup 2022TM, Preliminary Competition as well as arts. 46 and 54 of the FIFA Disciplinary Code (FDC),” a statement by FIFA said.

“The Ghana Football Association has the opportunity to provide the secretariat of the FIFA Disciplinary Committee with any comments it deems appropriate on the aforementioned protest, if any, by 20 November 2021 at the latest, along with any document deemed necessary,” it added.