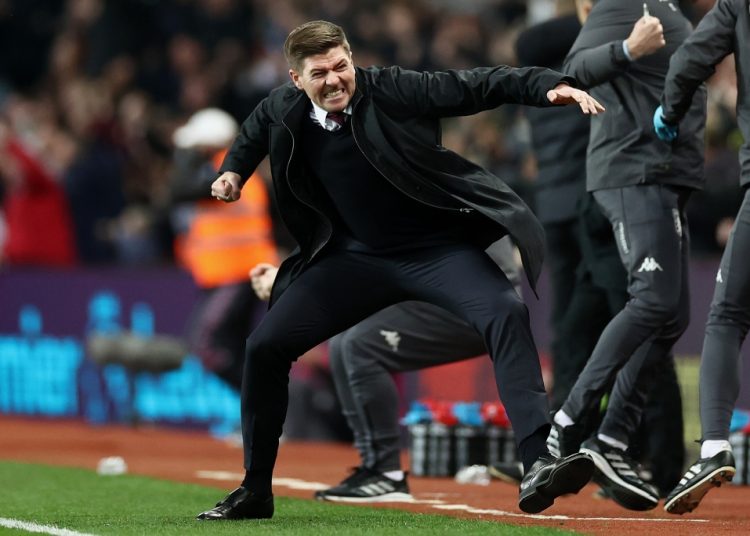 Steven Gerrard got his reign as Aston Villa manager off to the perfect start, as late goals from Ollie Watkins and Tyrone Mings sealed a 2-0 victory over Brighton.

Gerrard was given a warm welcome by supporters as the new boss made his first appearance at Villa Park on Saturday afternoon.

The former Rangers boss was appointed as Dean Smith’s replacement last week, and was overseeing his first ever match as a Premier League manager.

Having achieved so much success in Scotland, Gerrard would have been desperate to show his new fans that he is able to replicate that in the English top flight where he became a legend as a player with Liverpool.

It wasn’t an easy task against a Brighton side who have started the season very well and currently sit eighth after 12 games, and his side certainly took a while to get going.

Brighton dominated the early stages but just couldn’t turn that domination into goals.

Villa grew into the game and left it late, with Watkins lifting the roof of Villa Park with the first goal of the Gerrard era in the 84th minute.

Mings then wrapped up the three points in the 89th minute to leave Villa fans celebrating the arrival of their new hero in charge.

After five successive defeats, Villa shocked many by making the change last week.

But Gerrard has proven it was the right call, with the Premier League icon winning his first game back in the top flight in the manager hotseat.