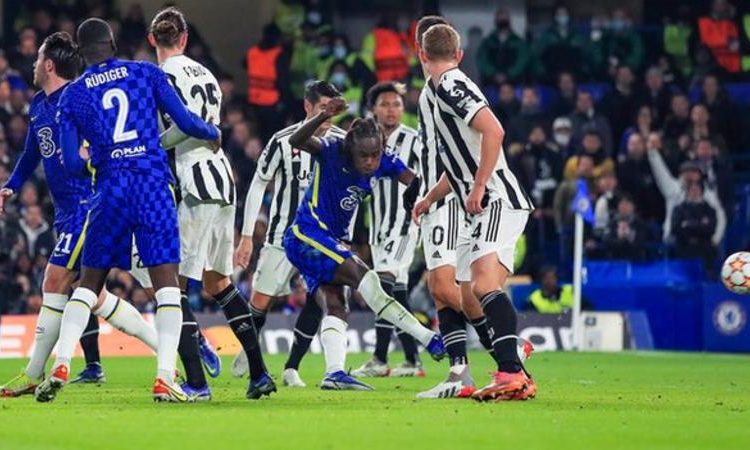 Reigning champions Chelsea progressed to the last 16 of the Champions League with an impressive win against Juventus at Stamford Bridge.

Trevor Chalobah, who was making his first European start for the Blues, scored the opener when he slammed home a loose ball following a corner after 25 minutes.

Chelsea were dominant throughout and got the second goal their performance deserved when Reece James controlled a clearance and volleyed across Wojciech Szczesny into the far corner eight minutes into the second half.

A third soon followed with Juventus looking shell-shocked and all at sea defensively as a short, sharp interchange of passes gave Callum Hudson-Odoi the chance to slot home at the back post.

The scoring was completed when Hakim Ziyech capitalised on a mistake from Juve midfielder Weston McKennie to cross for Timo Werner to tap home in added time.

It is the Italian club’s heaviest defeat in the Champions League and demonstrated Chelsea’s status as a serious contender to retain the trophy they won against Premier League rivals Manchester City in May.

The three points send Chelsea to the top of Group H but they must match Juventus’ result in the final matchday on 8 December – when they travel to Zenit St Petersburg and the Turin club host Malmo – in order to stay there.

The only concern for Thomas Tuchel and Chelsea were the withdrawals of N’Golo Kante in the first half and Ben Chilwell in the second period through injury, with the Blues set to face Manchester United on Sunday (16:30 GMT).