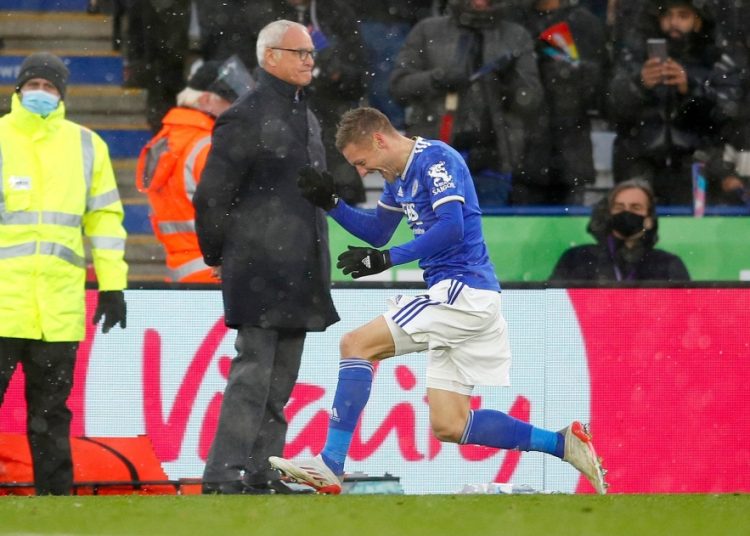 Jamie Vardy set a new Premier League record for the most goals by a player whilst in their 30s, as his brace helped Leicester down former boss Claudio Ranieri’s Watford 4-2.

Vardy made it 127 top flight goals in his incredible late-bloomer career, and replaced Ian Wright with the most scored after turning 30, with 93 since hitting the mark.

The game was seen as a match up between Ranieri and his former side that he astonishingly won the league with in 2016, but James Maddison quickly wrestled the narrative away.

The England midfielder opened the scoring early on thanks to a defensive collapse from Watford, but he quickly saw his lob cancelled out by a Joshua King penalty.

Not to be deterred, Maddison twice assisted Vardy, the first of which saw the 34-year-old run and knee slide in front of his old manager in the Watford dugout.

Emmanuel Dennis cut the deficit in the second half as snow began to disrupt play at the King Power, but Ademola Lookman soon arrived on the scene to restore the Foxes’ two-goal advantage and put the game to bed.