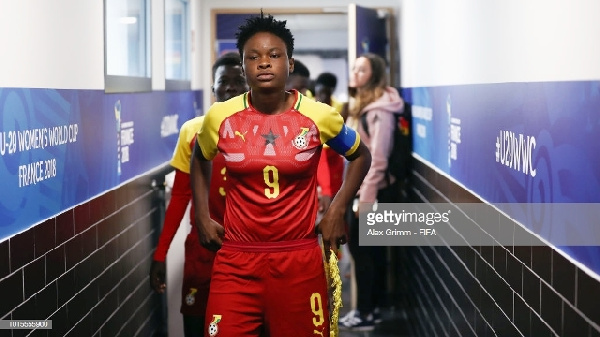 Sandra Owusu-Ansah’s goal for Supreme Ladies against Kumasi Sports Academy has been nominated for the 2021 Puskas Award.

The 21-year-old Owusu Ansah, who now plays for Serbian side, ZFK Spartak Subotica scored an absolute belter last season for Supreme Ladies in the course of season to help them stay afloat in the Women’s League.

In  the sequence leading to the goal, she sweetly caught the ball midway in the air, hitting beautifully a volley from about 30 yards  to score Supreme Ladies’ equalizer.

Her goal is shortlisted among other amazing goals scored last season.

Unlike other FIFA prizes, the Puskas Award combines strikes from the top names in world football to players from some of the most obscure teams.

Below is the shortlist for the FIFA Puskas Award 2021:

Voting will close at midnight on December 10 2021 and FIFA will confirm the three finalists for the prize early in the new year, with the winners to be announced during an online ceremony on January 17.