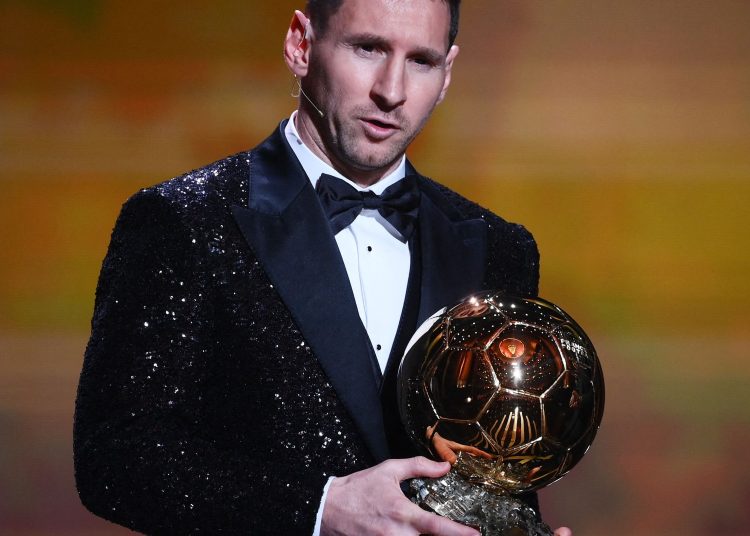 Messi claimed a maiden Copa America title with his country during 2021 and was also top scorer in LaLiga for the 2020-21 season with 30 goals as Barcelona finished third.

The 34-year-old also helped Barca win the Copa del Rey before moving to PSG on a free transfer in the summer.

He had collected the honour for a record sixth time in 2019 – one ahead of Cristiano Ronaldo – before the awards were cancelled in 2020 due to the coronavirus pandemic.

Most were expecting the prize to go to Lewandowski after he maintained the incredible goal-scoring form that made him favourite for last year’s prize before it was scrapped.

The Poland international, 33, finished second after scoring 38 goals in 30 league games for Bayern in 2021, in addition to winning the Bundesliga.

And Kroos was fiercely critical of the decision to name Messi as the winner before also revealing who he voted for in his top three.

Speaking on his podcast, Kroos said: ‘It’s absolutely not deserved.

‘There is no doubt that Messi, with Cristiano, has been the player of the last decade, but this year there should’ve been others ahead of him.’

Iker Casillas, the legendary former Real Madrid goalkeeper who had some sensational battles with Messi during his career, also admitted the PSG star should not have won the prize.

The Spaniard added: ‘It is increasingly difficult for me to believe in football awards.

‘Messi is one of the best but you have to know who is the most outstanding player after the season. It’s not that hard.’

After winning the award, Messi did acknowledge Lewandowski’s achievements over the past two years and said he did ‘deserve’ the prize.

Messi said: ‘You deserve your Ballon d’Or. Last year everyone agreed that you were the winner.

‘I think France Football should give you your Ballon d’Or. You have to have it in your house.’

But it was not all criticism for Messi. Match of the Day host Gary Lineker hailed his award as a ‘magnificent seven’ and described him as a ‘truly extraordinary footballer’.