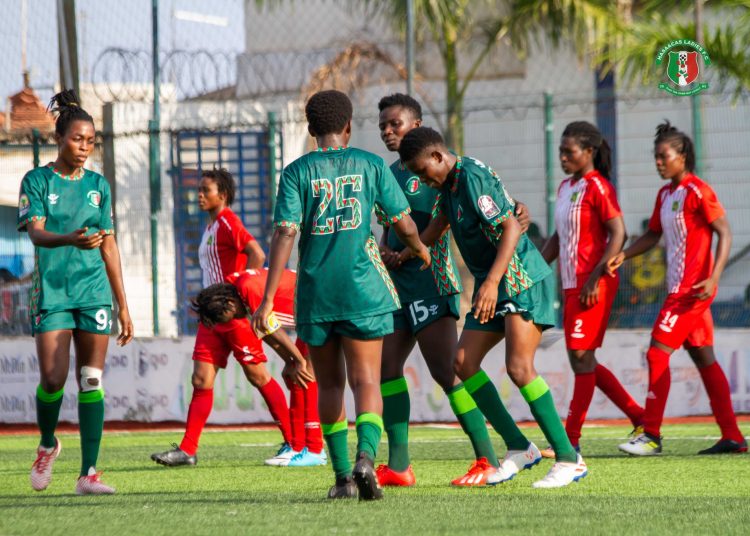 LadyStrikers and Sekondi Hasaacas Ladies snapped up the remaining semifinal spots in Group B of the ongoing maiden Women’s Premier Super Cup competition on Tuesday.

Both secured wins to join Ampem Darkoa and Prisons Ladies in completing the semifinals roster.

LadyStrikers topped Group B with 7 points after coming from behind twice to defeat AshTown Ladies 4-2 at Madina Zurak Park.

Comfort Baah Nuako put AshTown ahead after 11 minutes but Sarah Inkoom cancelled out the lead to draw LadyStrikers level at 1-1 in first-half stoppage time.

Three minutes into the second half, Emmanuela Wrenkyi restored the lead for the Kumasi-based and an upset looked on the cards.

But Gladys Amfobea turned things around for LadyStrikers, bagging a quick-fire brace in the 85th and 88th minutes – increasing her competition tally to four goals.

Substitute Martha Gifty Amissah put the icing on the cake – 4-2 – with her goal inside time added on after beating the offside trap.

On top of the goal, Emmanuela Wrenkyi was adjudged the Woman-of-the-Match.

In depleted Hasaacas Ladies’ clash against Kumasi Sports Academy, it was a hard-fought win for the record league champions.

Success Ameyaa scored to make it 1-0 in the 28th minute and it ended that way with Hasaacas – who lost their first game – going through with six points.

This is how Group B ended after match day 3.

Kumasi Sports Academy captain won the Woman-of-the-Match tag – her second in the competition.

The semifinal games are scheduled for Thursday, December 2 with both games set to be at Madina Zurak Park.

Ampem Darkoa Ladies, who were beaten twice to the league and FA Cup titles by Hasaacas just this past season, have a chance to seek redemption in the first fixture which kicks off at 10 am.

The winners from the two games meet up in the grand finale on December 5.