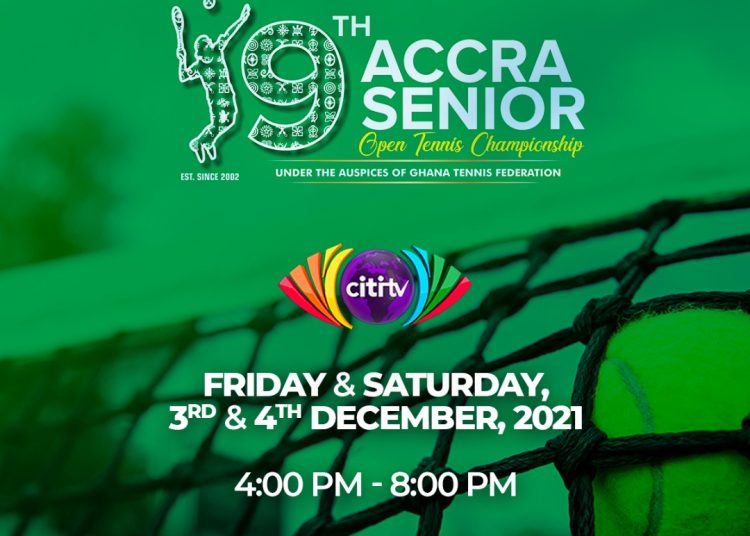 Key semifinal and final matches of the 19th edition of the Accra Senior Open Tennis Championship will be broadcast live on Citi TV on, December 3, 2021 and December 4, 2021.

Citi TV’s live coverage will include analysis and commentary in what is expected to be thrilling encounters among professional, semi professional and social tennis players.

The tournament started in 2002 under the patronage of the former Greater Accra Regional Minister, Hon. I. C Quaye, who graced the finals of the first edition.

The inaugural edition featured 80 players but has now expanded to over 300 participants in four major categories.

The participants in the last 10 days have been trimmed down in epic contests to determine who will walk away with the biggest prizes in the Ladies Singles, Men’s Singles, Semi and Singles Professional, Ladies Doubles, Men’s Doubles, and Mixed Doubles.

Winners of the various events will walk home with a trophy and medal.

Speaking to Citi Sports, Peter Annan, the tournament director said he has been impressed by the level of competition this year and hopes people will get to appreciate the sport better and not as a sport for in my rich folks.

2022 FIFA U-20 WWC Qualifiers: "We are ready for Zambia on Saturday"- Evelyn Badu