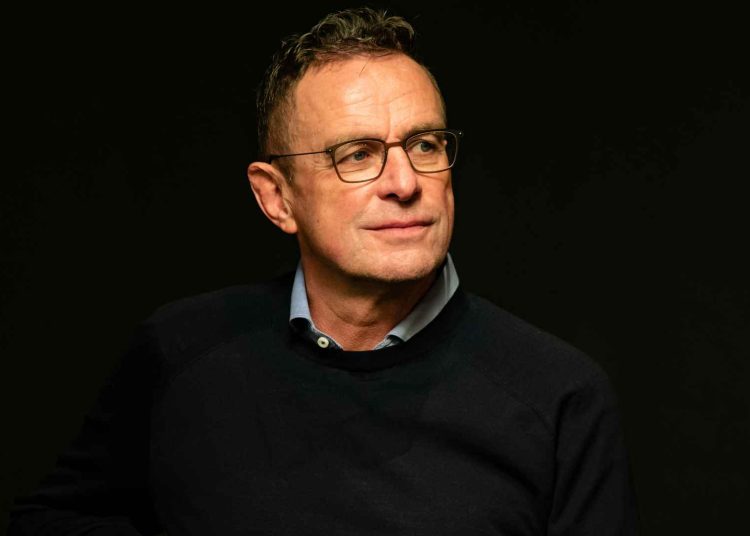 Ralf Rangnick says he “could not have possibly turned down” the role of interim manager at Manchester United and the German wants to create a more balanced squad to help them compete with their Premier League rivals.

Rangnick has begun his role as Manchester United’s new interim manager for the remainder of the campaign after his work permit and necessary paperwork were approved.

He will meet the players ahead of a training session on Friday afternoon as they undergo preparations for Sunday’s game at home against Crystal Palace.

The 63-year-old watched on at Old Trafford on Thursday night as a Bruno Fernandes goal and a double from Cristiano Ronaldo saw off Arsenal in a 3-2 win. United’s second win in three games constituted an upturn in form under departed caretaker boss Michael Carrick, following the poor run which culminated in the sacking of Ole Gunnar Solskjaer.

In his first press conference as United boss ahead of his maiden game in charge, Rangnick outlined his short and long-term objectives at the club, with his initial priorities being to address their defensive record and close the gap on Chelsea, Liverpool and Manchester City in the table.

“We are talking about six and a half months, one third of the games, and we have agreed on a two-year advisory deal. If a club like Manchester United contacts you for such a role, you cannot possibly turn it down.

“I mean obviously I have watched the latest games, I also watched out of interest the games against Liverpool and Manchester City, so I am pretty well acquainted with what is going on at the club.

“The major target for me is just to bring more balance to the team. We conceded two goals yesterday and if you look at the total number of goals conceded, it is on average of two a game.

“That is just too much. Those are not the kind of games you need every day. In football to me, it’s to minimise the coincidence factor.

“It’s about winning games and, in the end, I’m very ambitious. We want to make the most successful season that is possible. Right now, we have to be realistic. The difference between us and the top three is big. But let’s see.”