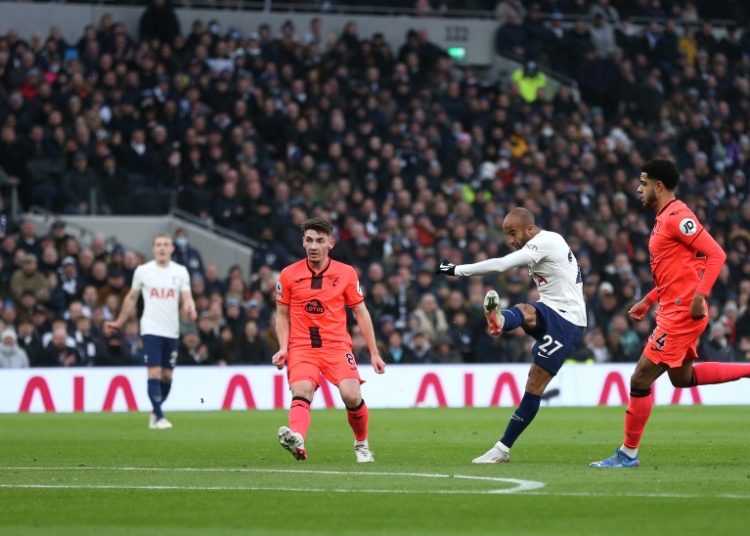 A 25-yard pile driver from Lucas Moura opened the scoring which was then followed by close range efforts from Davinson Sanchez and Heung-Min Son.

While their form and performances in Europe are far from convincing, Spurs have been relatively consistent in the Premier League.

It’s now three straight home wins for Conte who has helped his side move to fifth in the table, two points behind West Ham with a game in hand.

One thing that will trouble the former Chelsea boss is Kane’s form having gone another game in the league without a goal.

With that said, his teammates are stepping up and ensuring that Kane’s drought in front of goal is not proving costly.

Lucas got things going for the hosts with a stunning effort after just ten minutes when he turned away from his marker before unleashing a right footed effort into the top left corner.

With that said, Spurs were slightly fortunate to come away with a win as Dean Smith’s side had great chances to score when the game was still level and at 1-0.

Teemu Pukki should have done better when he was less than ten yards out from goal but shot straight at goalkeeper Hugo Lloris and in the second half Adam Idah, even closer to goal spurned his effort well wide.

In the Premier League especially, if you don’t take your chances you will be made to pay and that’s exactly what Sanchez did when he smashed the ball in after Norwich failed to clear a corner.

With the game dwindling out, Son capped off a good performance with a fine goal after he received the ball from Davies before moving away from his marker and coolly slotting his shot into the bottom left corner.

Having scored five goals in their last two league games, Conte will desperately hope his side can be as clinical again in their next match against Rennes in the Europa Conference League needing a win to qualify for the knockout stages.