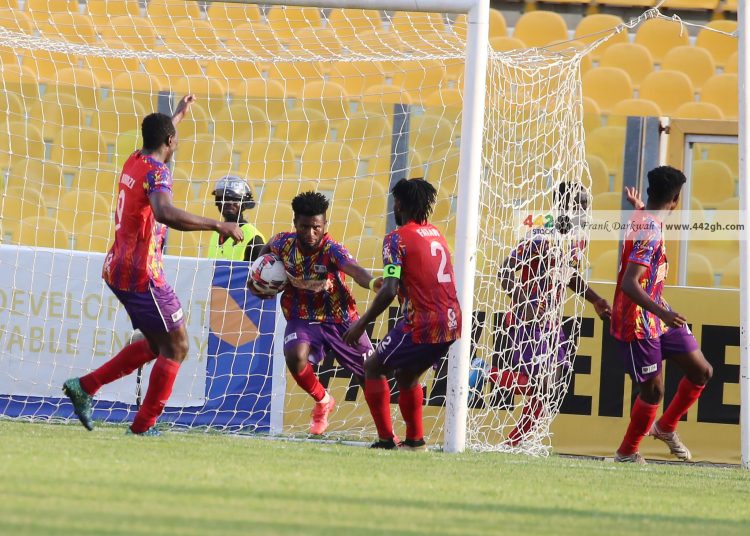 Ghana Premier League champions, Hearts of Oak have confirmed that their league game with Accra Lions will be played at the Cape Coast Sports Stadium on Sunday, 19th December 2021.

The venue change is due to the renovation works scheduled to be done at the Accra Sports Stadium as announced by the National Sports Authority (NSA).

A club statement from Hearts of Oak confirmed the change in venue for their league game and encouraged its fans to “let their support count by filling the stands on Sunday.” 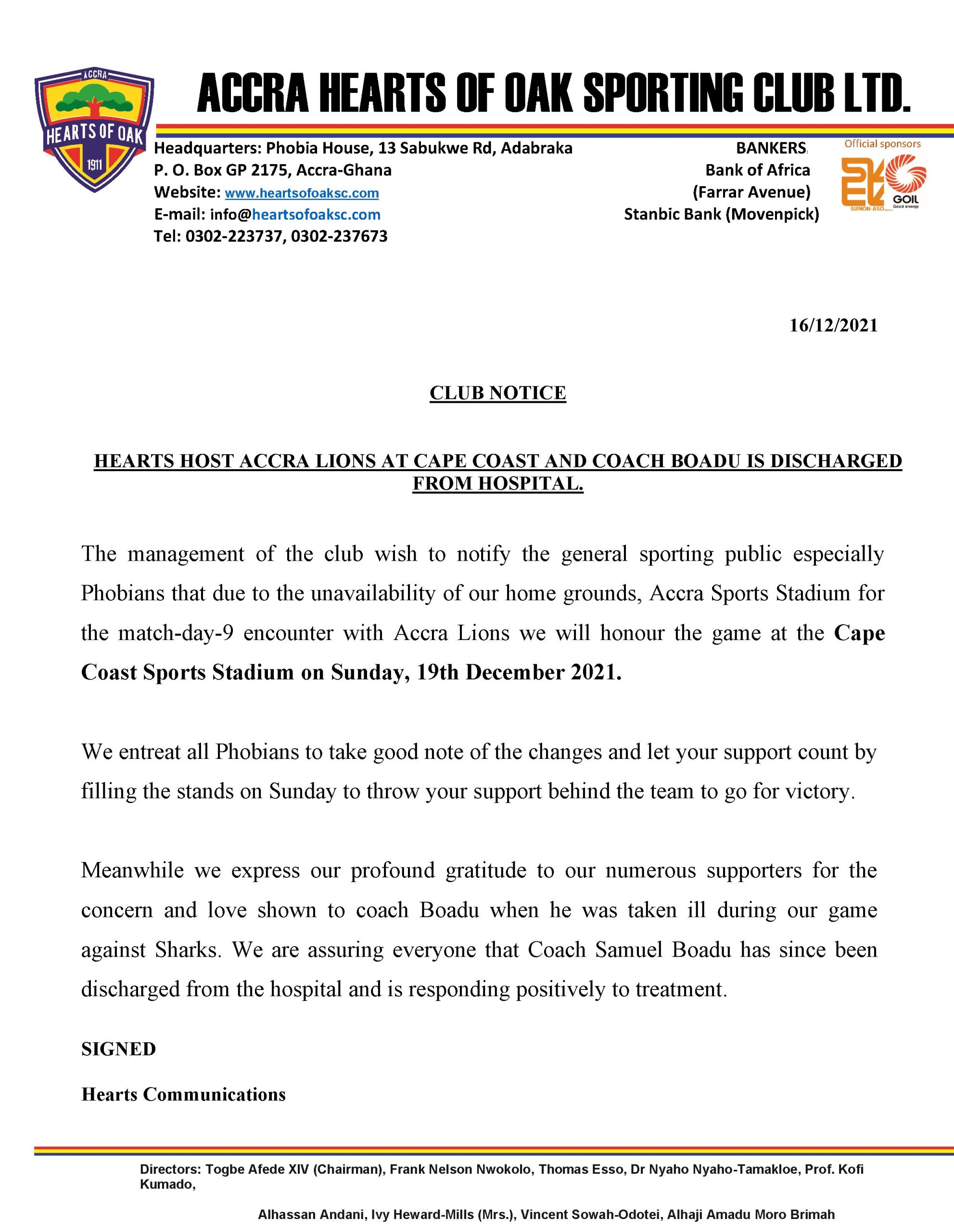 On Wednesday, December 8, 2021, the NSA announced that the stadium would be closed for two weeks to allow planned maintenance works to be carried out at the sporting edifice.

During that period, six Ghana Premier League games were set to be affected, with defending Champions Accra Hearts of Oak, who play their home matches at the Accra Stadium, forced to relocate to the Cape Coast Stadium. Legon Cities meanwhile, have settled for the El-Wak Stadium.

However, Citi Sports can confirm that no maintenance works are being done at the Accra Sports Stadium but rather being set up for a musical concert.

Barely a week after the NSA announcement, GT Bank announced a musical concert to be staged at the stadium on Friday, December 17, 2021 with the likes of Gyakie, R2Bees, Wande Coal and Adina scheduled to perform.

Black Stars: "We have players who want to make history" - GFA boss Kurt Okraku on AFCON