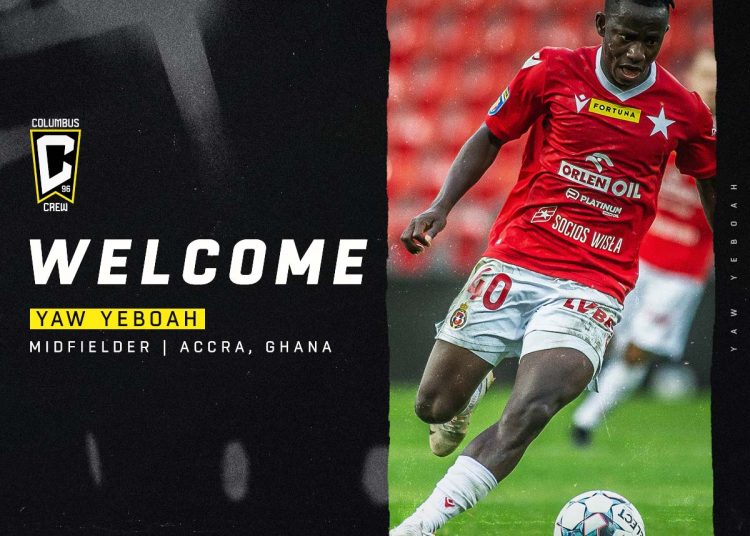 The Ghanaian-born winger joins the Black & Gold for the 2024 season, with an option for an additional year, and will earn more than the Major League Soccer’s maximum budget charge of $612,500.

The Crew had been linked to Yeboah for about a week.

The winger was previously linked to D.C. United before the Crew signed him. Ghanasoccernet.com reported the Crew paid a transfer fee of up to $2 million for Yeboah. He will occupy an international roster slot.

Yeboah is not a regular with the Ghanaian national team but is best known for his speed in his preferred right-wing position. Yeboah scored nine goals with four assists in 37 league matches at Wisła Kraków in the last two seasons.

In seven professional seasons, Yeboah played in France, Spain and the Netherlands before moving to Poland. Yeboah will be joining the Crew in the middle of what has been one of the best seasons of his career at Wisła Kraków.