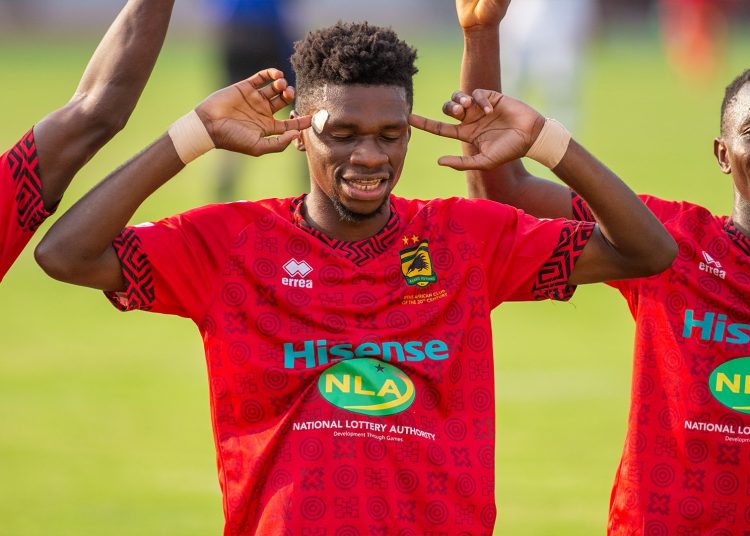 Kumasi Asante Kotoko moved back to the summit of the Ghana Premier League log with a 3-1 win over regional rivals AshantiGold on Sunday afternoon at the Baba Yara Sports Stadium.

Laar Ibrahim’s brace ensured the hosts sealed the win to increase their hopes of survival in the Ghana Premier League; Faisal, on the other hand, drop to second place with 23 points following the defeat.

Bechem United beat Real Tamale United 2-0 at Bechem to move up to 4th place on the league log with 21 points.

Augustine Okrah put the hosts ahead via a penalty in the 18th minute before Emmanuel Annor sealed the victory for Bechem United in the 64th minute.

Elsewhere, Dreams FC lost at home to Legon Cities 1-0 at the Theatre of Dreams in Dawu.

Adu Obour scored the only goal of the game to give Maxwell Konadu’s men their 2nd away win of the 2021/2022 season.

Aduana Stars also secured a 1-0 win away to Elmina Sharks at the Ndoum Sports Complex via a goal from Bright Adjei in the first half.

The win keeps Aduana Stars level on 23 points with King Faisal who are in second place.

Accra Great Olympics and Karela United played out a 1-1 draw at the Accra Sports Stadium.

A late equaliser from Emmanuel Owusu Boakye in the 86th minute denied the home side all three points after Raymond Oko Grippman put Olympics ahead in the 66th minute.

Great Olympics remain 6th on the league log with 18 points.

Accra Lions played out a goalless draw at home to WAFA, while Accra Hearts of Oak secured an important 1-0 win away at Bibiani Gold Stars.

The win sees Hearts move up to 7th on the league log with 17 points.

Medeama Sporting Club recorded a 1-1 draw with Berekum Chelsea at the Akoon Park.