AFCON 2021: What the stats say about Ghana’s defeat to Morocco 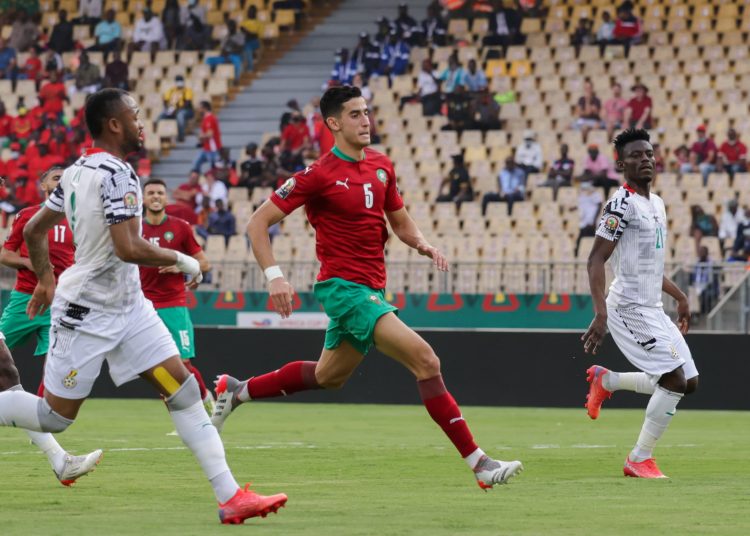 Ghana lost 1-0 to Morocco in game in which the Black Stars struggled to create chances.

The standout stat was that Ghana only managed an xG of 0.3 according to Opta. Their opponents on the other hand managed an xG of 1.3 showing they were the more dangerous team despite most of their chances coming from set pieces.

Ghana consistently chose to go long with 25% of their passes being classified as long. This led to a miserable passing accuracy of 63.85%.

Morocco only played 14.37% of their passes long and were more secure with a total pass accuracy of 77.71%. These resulted in the Atlas Lions having 61.4% of the possession.

This possession was used more profitably than Ghana with an xG of 0.11 per shot as opposed to Ghana who had a figure just over half that (0.06). This was a result of Ghana taking 3 of 5 shots from outside the box. Morocco, were more adverse to shooting from distance with 8 of their 12 shots coming from inside the box. Indeed, the winner, was from about 7 yards out and was worth 0.24 xG just under the total of Ghana’s shots.

Ghana’s direct style meant they recorded 56 final third entries compared to 38 by the Atlas Lions. However, Rajevac’s men were unable to use the ball well recording the same number of penalty box entries (22) as their opponents. This was likely due to a dismal 43.9% pass accuracy in the final third meaning most moves broke down before they were able to enter the box or create a good chance.

In conclusion, Ghana’s inability to take advantage of final third entries due to their poor passing cost them the game. Their insistence on going long despite poor success in aerial duels (45.1%) meant that many of the long balls were wasted and allowed the Moroccans to dominate possession and create the better chances.

AFCON 2021: Don’t panic too soon, focus on the positives