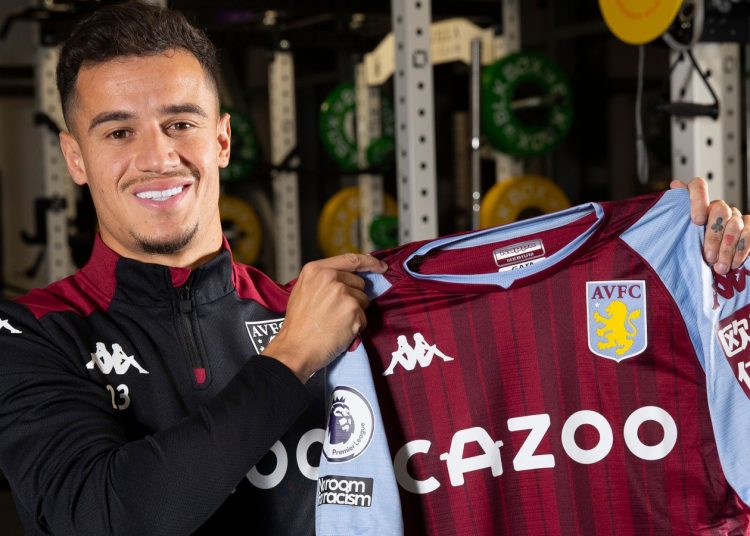 Aston Villa have confirmed the signing of Philippe Coutinho on loan from Barcelona until the end of the season.

The deal to bring him to Villa Park also includes an option to make the deal permanent for £33m in the summer.

Sky Sports News has been told Villa are paying less than 50 per cent of Coutinho’s weekly wage plus bonuses.

The Brazilian agreed to take a pay cut to join Villa despite other clubs offering deals that would have seen him earn 100 per cent of his Barca wage.

Coutinho wanted to return to England and play regular football and sees Villa as an ambitious club that are building something special for the future.

The Brazil midfielder knows manager Steven Gerrard well having spent two-and-a-half years with him at Liverpool, and is said to already know a lot about Villa and their squad.

Coutinho was signed by Barcelona from Liverpool for a club-record £146m in January 2018, but he struggled to hold down a first-team place at the Nou Camp and spent the 2019/20 season on loan at Bayern Munich.

Villa are also interested in Brighton midfielder Yves Bissouma as he enters the final 18 months of his contract but Seagulls boss Graham Potter revealed there has been no contact from other clubs for the Mali midfielder.

Meanwhile, Villa striker Wesley has joined Brazilian side Internacional on loan for the rest of the season.