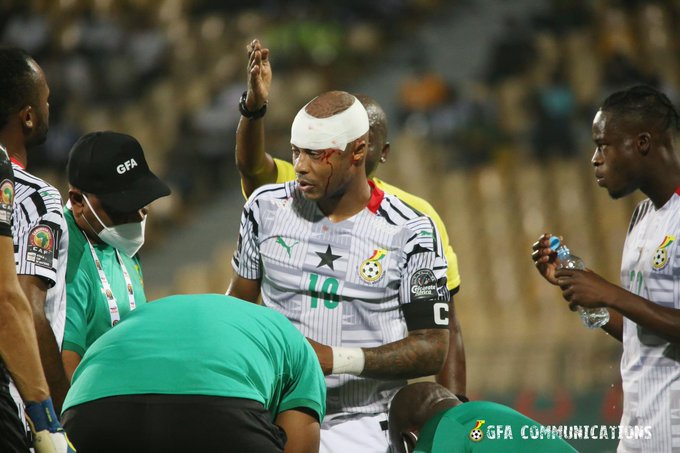 With Ghana set to take on Gabon in a must win game at the 2021 Africa Cup of Nations, Citi Sports’ Fentuo Tahiru Fentuo and Daniel Koranteng argue on the merits for starting captain Andre Ayew, if passed fit.

The captain’s continuous presence in the starting XI has remained a contentious matter among Ghanaians and while Fentuo believes that it is time to drop the 32 year old, Koranteng argues he is the country’s best bet at winning the game.

See their arguments below:

Daniel Koranteng –
He may not be the quickest at 32 years. He may not be the most exciting or athletic player in the Black Stars setup, but he holds the biggest currency of winning; his ability to score goals.

Ghana, under Milovan Rajevac are not the most offensive side, and create a limited number of opportunities per game. A team cannot win football games without scoring, and this is the reason Ayew must start against Gabon. With 3 goals for Ghana in Milo’s first five competitive matches, which represents 50% of Ghana’s goals during that period. The “Andre Ayew has lost it” talk has no basis, when looking at these numbers. How can a player be a liability in a system, when he’s responsible for half of a team’s goals in that same system. Andre, in the opening group game against Morocco was responsible for Ghana’s only two shots in the penalty area – while operating as a second striker. Aside personal reasons, I can’t think of any justifiable reason based on fact and figures, why one wouldn’t want the Ghana captain in the starting lineup. Ayew is certainly not the sort of player the Black Stars can do without on Friday.

Andre Ayew may be losing favour with a large section of Ghanaian football fans, but he still remains one of the most important figures in the team. When the Black Stars line up to face Gabon on Friday, they’ll be doing so knowing anything but a win could hamper their chances of making the Round of 16 at AFCON 2021.

The shear magnitude of the game, which automatically attracts pressure, demands the presence of experienced heads on the field. And who’s more equipped to handle the pressure of the occasion than Andre Ayew?

The Ghana captain, who has over 100 caps for his country, has seen it all when it comes to high pressure moments, and is needed to provide guidance on the pitch. If fit, Andre Ayew MUST start, as it’ll clearly boost the Black Stars chances of winning.

No doubt Andre Ayew has proven to be a reliable goalscorer for the Black Stars over the years, with his 9 goals at the Africa Cup of Nations making him Ghana’s top scorer at the tournament.

But it is time to admit the once combative sentinel is no longer at a place where he can be relied on for a 90 minute contribution.

It has been clear from his recent performances for the national team that the 33 year old’s pace has dropped significantly, and Milo’s tactics have particularly made his continuous presence in the starting eleven a paradoxical contradiction.

Let me explain; Milo has relied on counter attacking football for both his first spell and since his return. That style of football requires quick and skillful attackers, wingers and strikers included.

It is the reason Asamoah Gyan triumphed under Milo; the same reason Milo’s favorite Ghanaian player of all time was Opoku Agyemang. The same reason, despite being a regular goal scorer, Ayew only managed one goal under Milo 1.0.

Ayew is neither quick nor is he skillful. He managed no successful dribble against Morocco and he had better defensive numbers than offensive ones.

Given that our captain is a proven goal poacher, why have him “occupy space” and roam around for 90 minutes feeding on scraps and clearing set pieces?

Ayew managed just ten successful passes throughout 90 minutes against Morocco and only two of them were forward passes.

Evidently, when pressed, Ayew can’t beat his man and can’t get the ball forward into a teammate – so what exactly is his contribution on the pitch? And no, his primary job isn’t to clear set pieces, even if those stats are impressive. Clearly, the tactics aren’t designed for a player of skill set.

Here’s what I suggest – Ayew can still contribute without needing to start. As intelligent as he is, having him on the bench could serve both player and country well as his reading of the game could help him make instant impact when brought on.

Cue in Afcon 2015 – when captain Asamoah Gyan wasn’t deemed fit to start against Algeria, he was left on the bench and he later came on to rescue the win that took Ghana into the next round.

Ayew can have a similar impact against Gabon – a second group game where Ghana desperately needs the win after losing their opening match. It all sounds so familiar.

You don’t always have to be on the pitch clapping for people to see that you’re the leader. It is possible to lead from the bench and given both his physical state (he admitted he’s been unwell) and Milo’s tactics, someone like Daniel Kyereh could better serve the team from start than our captain.