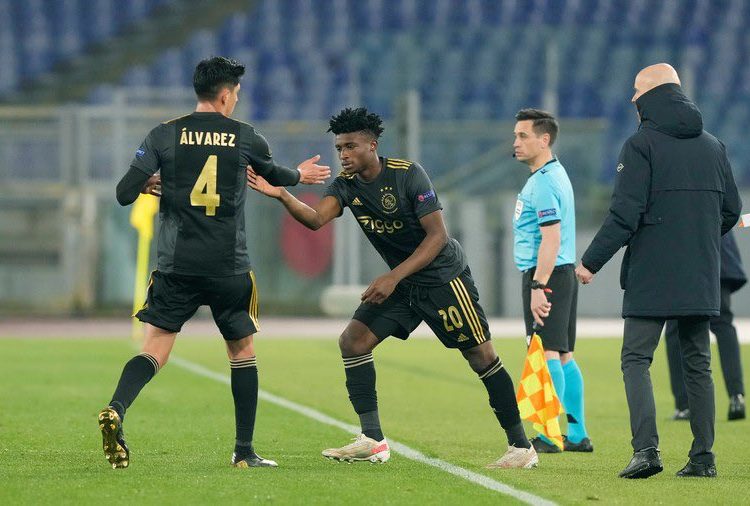 The Ajax head coach, Erik Ten Hag, has ruled youngster Mohammed Kudus out of playing a role for Ghana at the 2021 Africa Cup of Nations.

The 21 year old has been included in Ghana’s 28-man squad for the competition despite nursing an injury with club side Ajax, where he continues to remain.

The Black Stars handlers are adamant the former Right to Dream man will recover in time to link up with the rest of the squad in Cameroon.

But Ghana will conclude the group stage of the competition with a game against Comoros on Tuesday with no positive sign of Kudus joining the team.

Kudus was left out of the Ajax squad to face FC Utrecht in the Eredivisie on Sunday and Ten Hag explained after the game that the decision was Kudus was not match fit.

“[Not including him in the Ajax squad against Utrecht] already proves what I’ve said all along. He is not [match] fit and it would be strange if he would join the [AFCON],” the Dutch trainer said.