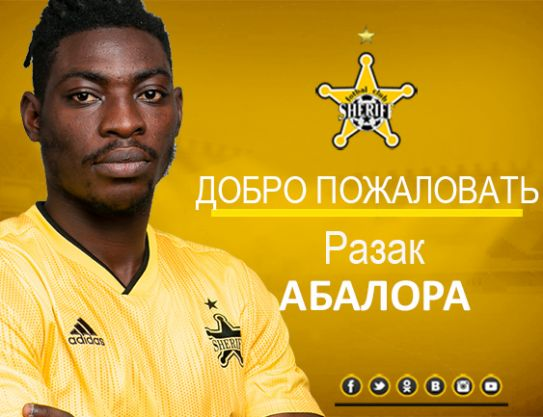 Outstanding goalkeeper @RAbalora has completed a permanent transfer to Sherif Tiraspol of Moldova!!🇲🇩

We thank our former deputy captain for his dedicated service and wish him well in his new home.🙌https://t.co/DzP9oksj7N#AKSC pic.twitter.com/cjD1gAyjTi

The 25-year-old joins FC Sheriff on a three-year deal from the Ghana Premier League giants.

Abalora, who joined Kotoko from the Tanzanian club, FC Azam was on a contract with Kotoko until 2023.

He has made six appearances for Asante Kotoko so far this season with five clean sheets to his name.

A statement from the Moldovan club reads, “We have a new keeper. This became clear after the Ghanaian goalkeeper underwent a medical examination, and the parties agreed on a transfer. Now Razak Abalora will become part of the big family of FC Sheriff.”

“The 25-year-old football player was born on September 4, 1996, in the capital of Ghana, the city of Accra. He spent his entire professional career on the African continent. Started at the East African Football Academy. From there he moved to FC Azam (Tanzania). The player’s last club was Asante Kotoko FC.”

Kotoko also confirmed the player’s departure with a post on their social media page on Friday, January 21.

Following the announcement by the Moldovan champions, Asante Kotoko also thanked Razak for his services and wished him well.