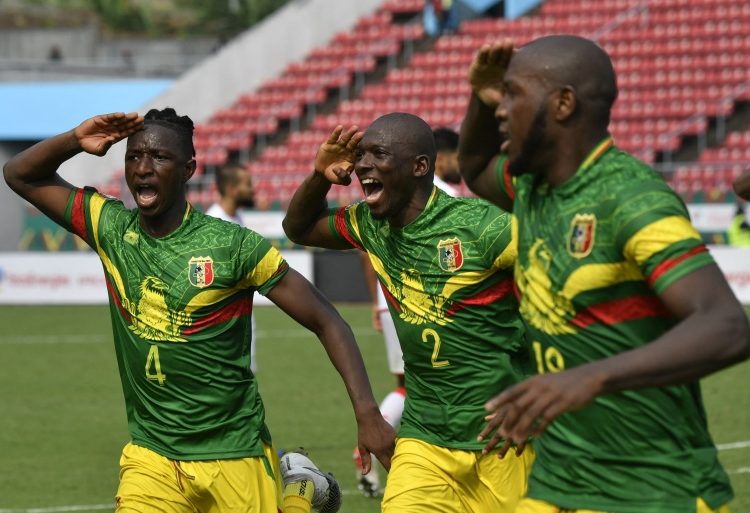 Mali and Equatorial Guinea will battle for the last Africa Cup of Nations Quarterfinal berth when they meet at the Limbe Stadium on the evening of Wednesday 26 January 2022, kick-off at 21:00 CAT.

Mali come into this clash as the favourites after a fine Group F campaign in which they finished top of the standings ahead of impressive debutants Gambia (who also ended unbeaten and with seven points), Tunisia and Mauritania.

Coach Mohamed Magassouba is taking nothing for granted against Equatorial Guinea, as the Eagles chase a first-ever AFCON title (their best showings have been runners-up in 1972, as well as third-place finishers in 2012 and 2013).

“It is true that this competition is very high [of a high standard]. We made a very good start against Tunisia, the big engine of African football, then hung by Gambia which is also very catchy, tenacious and fast,” said the Mali boss.

“And we finished ahead of Mauritania, who are a very good team as well and were looking to finish on a very good note naturally. For us [at this] competition, we always manage all the games with the same state of mind and we put ourselves in mind that all the games are equal.

“Anyway in this AFCON, You have found that all nations are fighting and everyone is favourite … we are taking on our role and we are working to get there.”

Equatorial Guinea, meanwhile, have been one of the main narrative drivers at this AFCON, earning their spot in the knockout rounds thanks to wins over defending champions Algeria and Sierra Leone (which saw them finish second in Group E behind Ivory Coast).

Nzalang Nacional are very much outsiders for this clash, but coach Juan Micha Obiang is hopeful his side maintain the underdog attitude which has served them so well thus far at the AFCON.

“When you qualify for the second round of a competition, you are naturally happy,” said the Equatorial Guinea coach. “We had a great game, we knew the game against Sierra Leone was going to be difficult, but we prepared accordingly to win the game.

“We know that we are not favourites in this competition, which is why we work every day to achieve good performances.”

In head-to-head stats, Mali and Equatorial Guinea have met in three previous matches, dating back to their first clash in 2009. The Eagles boast a 100 percent record, with a 3-0 win in a friendly in 2009, followed by successive 1-0 wins in March 2016 in qualifying for the following year’s Africa Cup of Nations tournament.

Milovan Rajevac has nothing to offer Black Stars - Laryea Kingston