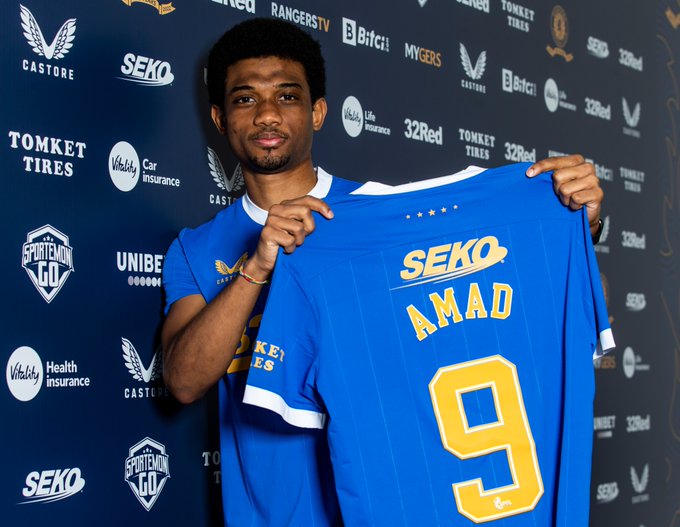 Rangers have completed the signing of Amad Diallo on loan from Manchester United.

The 19-year-old winger joins the Scottish Premiership leaders until the end of the season, a year after he moved to Old Trafford.

🆕 #RangersFC are today delighted to announce the loan signing of @Amaddiallo_19 from @manutd until the end of the season.

Diallo was signed by Manchester United in a deal worth £37.2m from Atalanta and has made nine appearances in all competitions, scoring one goal.

United believe this move will be good for his development, with Diallo understood to be a part of the Premier League club’s long-term plans.

Manager, Giovanni van Bronckhorst, added: “I am really pleased to add Amad to our squad for the rest of the season.

“He is a player who I have been aware of for some time, and when the opportunity to sign him came up, we were very keen to make it happen.

“He will add a lot to our squad and provide even more competition for the players in the forward areas.”

Diallo’s arrival follows the news winger Ianis Hagi will miss the rest of the season after undergoing knee surgery in London.