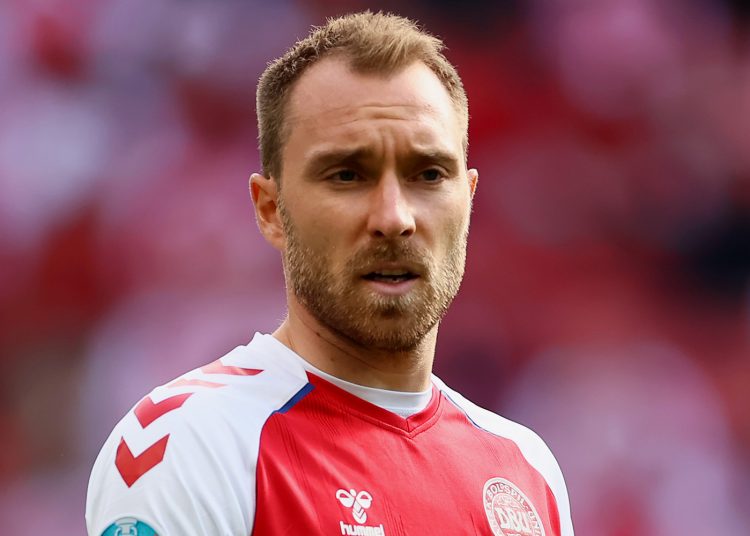 Eriksen has not played since suffering a cardiac arrest during Denmark’s match against Finland at Euro 2020 last June.

He was subsequently fitted with an implanted cardioverter-defibrillator (ICD) – a type of pacemaker.

“We have taken an unbelievable opportunity to bring a world-class player to Brentford,” head coach Thomas Frank said.

The 29-year-old won the league title with Inter Milan last season, but the Italians and Eriksen agreed to cancel his contract in December as players fitted with an ICD cannot compete in Serie A.

However, the Premier League does not have the same regulations.

After leaving Inter, Eriksen started training alone at Danish side Odense Boldklub – where he was previously a youth player – and outlined his aspirations of resuming his playing career in order to play for Denmark at the 2022 World Cup in Qatar.

He joined Inter in 2020 following a seven-year spell at Tottenham, during which he scored 69 goals in 305 games and helped the club reach the 2019 Champions League final.

Frank added: “He hasn’t trained with a team for seven months but has done a lot of work on his own. He is fit but we will need to get him match fit and I am looking forward to seeing him work with the players and staff to get back towards his highest level.

“At his best, Christian has the ability to dictate games of football. He will also bring the experience of top-level football to the club. I expect him to have an impact in the dressing room and at the training ground.”

Speaking to Danish broadcaster DR earlier this month, Eriksen said: “My dream is to rejoin the national team and play at Parken [Denmark’s home stadium] again and prove that it was a one-timer and that it won’t happen again.

“I want to prove I’ve moved on and that I can play for the national team again.”

His agent, Martin Schoots, told the BBC: “Playing in England again would absolutely feel like coming home for Chris and his family.

“Christian has been treated exceptionally well by the British public, not only because of his top football skills, but also because of his human values, his modesty and altruism.”