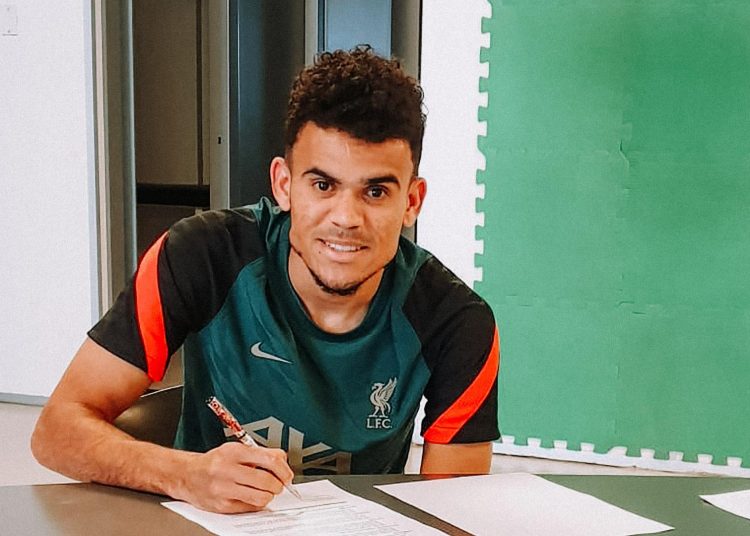 Liverpool have signed winger Luis Diaz from Porto for an initial fee of £37m.

The 25-year-old has signed a five-and-a-half-year contract with the Premier League side and will wear the number 23 shirt.

The fee for Diaz could rise to as much as £49m if potential add-ons are triggered during his time at Anfield.

The Colombia international was a top target for manager Jurgen Klopp in the summer, but interest from Tottenham this month accelerated their plans.

Spurs wanted to sign Diaz during the current window and were willing to pay up to £46m, but the winger preferred a move to Liverpool.

“He’s an outstanding player and someone we’ve been tracking for a very long time,” Klopp told Liverpool’s official website.

“We believe he has everything needed to fit into our way and adapt to the Premier League, both physically and mentally.

“He’s a player who is hungry for success and knows you have to fight to get what you want. He is a fighter, no doubt. He’s a skillful team player who has always the goal in mind.

“This team deserved to add quality and when we played against Luis earlier this season, we saw what a danger he is, how fast he is and how his mentality was to help his team.

“Luis is a player we believe will make us better now and in the future. He’s the player we really wanted and they’ve (the owners) made it happen, so I’m very happy.”

Diaz underwent a medical in Argentina as he is on international duty with Colombia for their World Cup qualifiers.

He played in both of Porto’s matches against Liverpool in the Champions League this season, but was unable to help them avoid a 5-1 home defeat in September or a 2-0 loss at Anfield in November.

The deal represents a big coup for Julian Ward, who is set to succeed Liverpool sporting director Michael Edwards in the summer, as he took the reins in negotiations.

Diaz requires a work permit to enter the UK, meaning he is unlikely to arrive in Liverpool until the end of next week at the earliest.

Liverpool’s next match is at home to Cardiff in the FA Cup on Sunday, February 6.