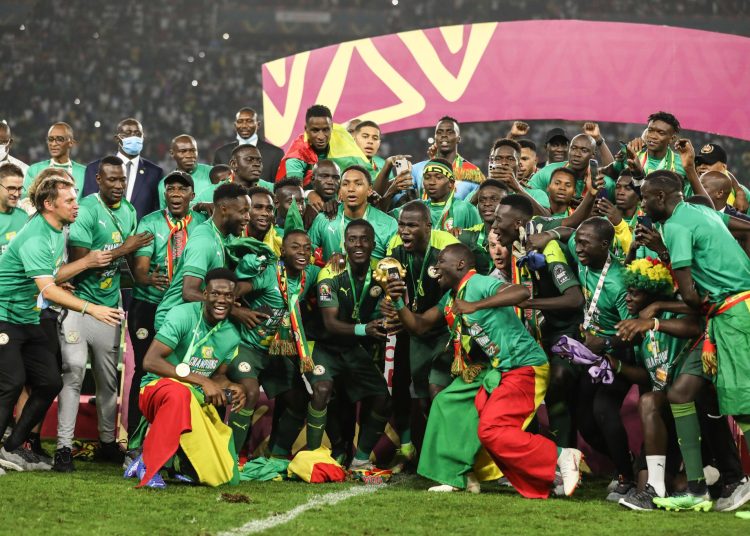 Sall, who had been due to visit Comoros as part of a presidential visit, cancelled the trip in order to welcome the triumphant Lions on their return to Dakar on Monday.

Star man, Sadio Mane scored the winning kick in a tense shootout which Senegal edged 4-2, after the game ended goalless after 120 minutes.

After two previous final defeats in 2002 and 2019, Senegal finally claimed their first Cup of Nations title, led by Aliou Cisse, who was captain of the 2002 side, and also in charge of the 2019 team.

Senegalese national television, RTS said in a statement, citing a presidential decree, “the Lions will be decorated by President Sall on Tuesday at the presidential palace in Dakar.

“The president of the republic declared Monday a public holiday, a paid day off, following the brilliant victory of the Lions.”

Senegal will face Egypt again in a crunch World Cup playoff double header for a place at the World Cup in Qatar.