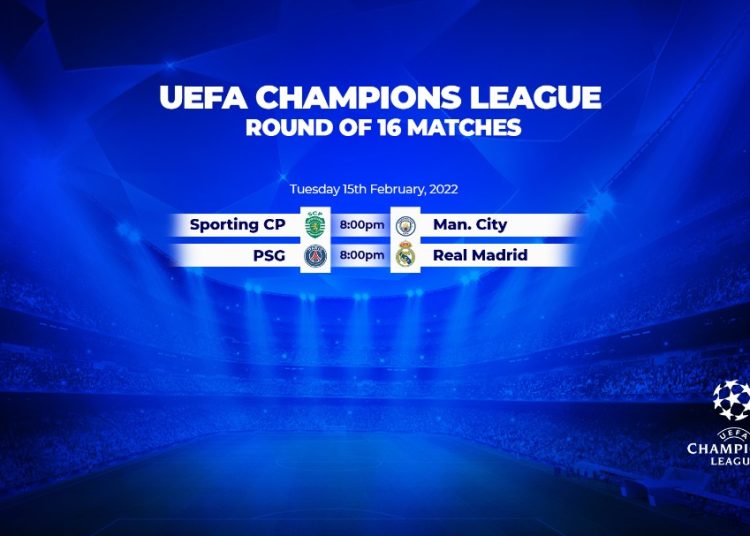 After a break filled with African football, FIFA Club World Cup and a bit of various club football, the UEFA Champions League makes a return to decide worthy winners of the coveted trophy.

Real Madrid, who have not tasted success since 2018, prepare for an intense battle with a Messi-led PSG as they aim to write another chapter in their impressive history books.

Pep Guardiola and Manchester City still have last season’s loss in mind and will hope to start on a high as they battle Portuguese giants Sporting CP.

There are other key battles to whet the appetite of fans around the globe. Here are Betway’s four games to look out for.

Two teams who have a host of stars to choose from will clash once again to decide worth participants in the quarter-final stage.

This year’s story is different as PSG have Messi, a long-time nemesis of the Spanish giants, who do not have Cristiano Ronaldo to call upon.

However, there is the sense that Los Blancos function now like a well-oiled machine led by in form Vinicius and the clinical Karim Benzema.

In their last five Champions League meetings, Real Madrid have been victorious on three occasions, with PSG winning once. According to Betway, PSG have 2.00 odds of winning, whilst that of Real Madrid stands at 3.60.

Manchester City came close last year to winning the trophy but ultimately fell short to Chelsea. As the round of 16 commences, Pep Guardiola’s side will aim to make a statement as they take on Sporting CP in Portugal.

The two teams have never met in this competition but did briefly battle twice in the UEFA Europa League, with both teams winning one game each.

In contrast to the meeting in 2005, Manchester City are a much stronger side and will be favoured to win the tie.

According to Betway, Manchester City have 1.36 odds of winning, whilst that of Sporting CP stands at 8.20.

On Wednesday, Inter Milan will welcome 2019 winners Liverpool to their home grounds in the hopes of upsetting a side deep in quality all over the pitch.

Liverpool comes into the game in supreme form, winning all of their last six games, whilst Inter have recorded three victories in the same number of games.

On a head-to-head basis, Liverpool have been the better side, winning all two matches, scoring three on aggregate and keeping clean sheets in both games.

Liverpool’s odds of winning are priced at 2.10 according to Betway whilst that of Inter stands at 3.40.

They will however draw hope from the fact that the Bavarians suffered a shocking 4-2 defeat to VFL Bochum during the weekend.

The Austrian giants go into the game with five wins from their last six matches, whilst Bayern have recorded four victories from six.

Bayern are huge favourites to win the game according to Betway with their odds priced at 1.37 whilst that of Red Bull Salzburg stands at 7.40.