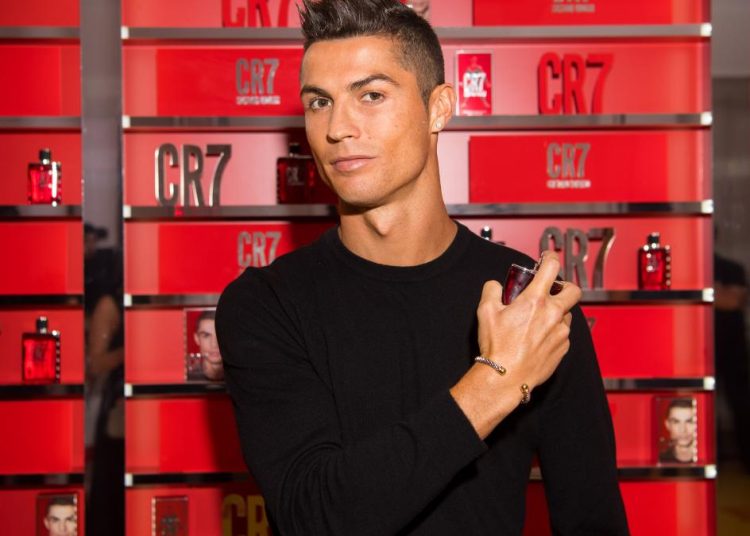 The Portuguese star posted a video to mark the milestone, which has already been viewed over 10 million times.

In the video, Ronaldo thanked his fans for their support over the years and also included his signature “siuu.” 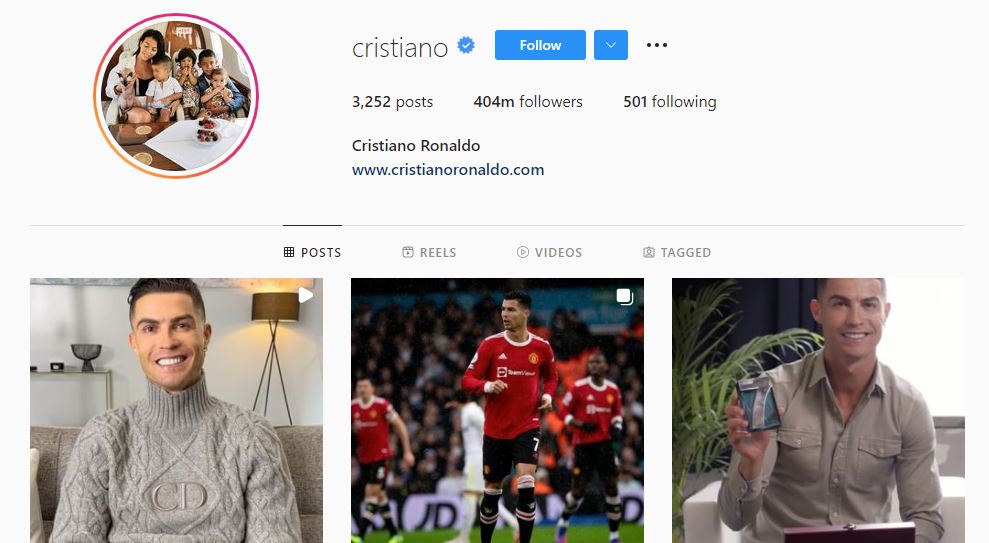 “Hi guys, 400 million… wow. What a number. Now I can say ‘Siuuu! It’s fantastic, what a moment for me. Without you none of this is possible. From the bottom of my heart I have to say thank you,” he said

“Keep going like that. I will share my life with you, all the things with you because you deserve it. Thank you very much and let’s do it for another 100, 200 million. Thank you guys.” 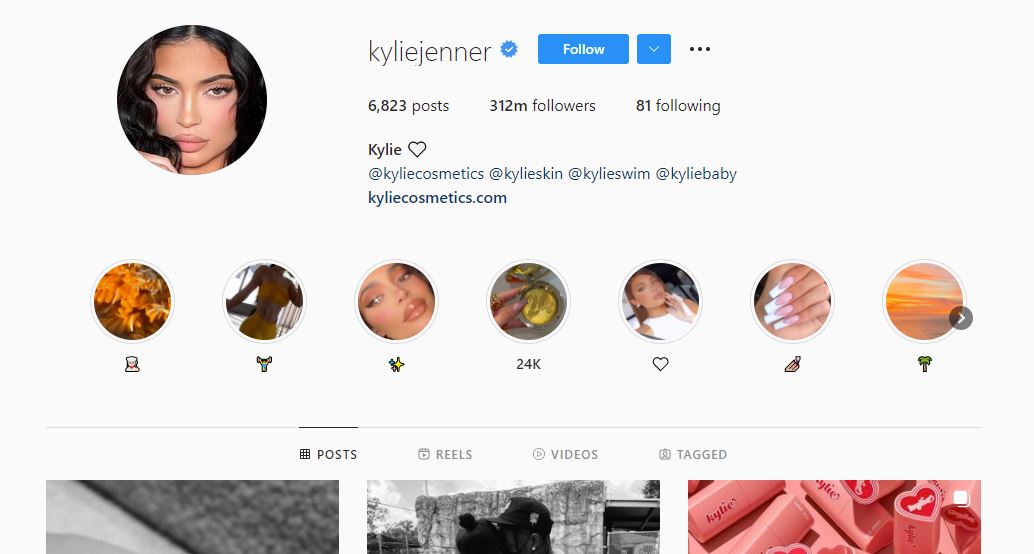 PSG forward, Lionel Messi is in third place with 308 million followers and is followed by actor Dwayne ‘The Rock’ Johnson (298 million) and Selena Gomez (298 million).

In 2018, he passed Selena Gomez to become the most followed person on Instagram and has not looked back since. 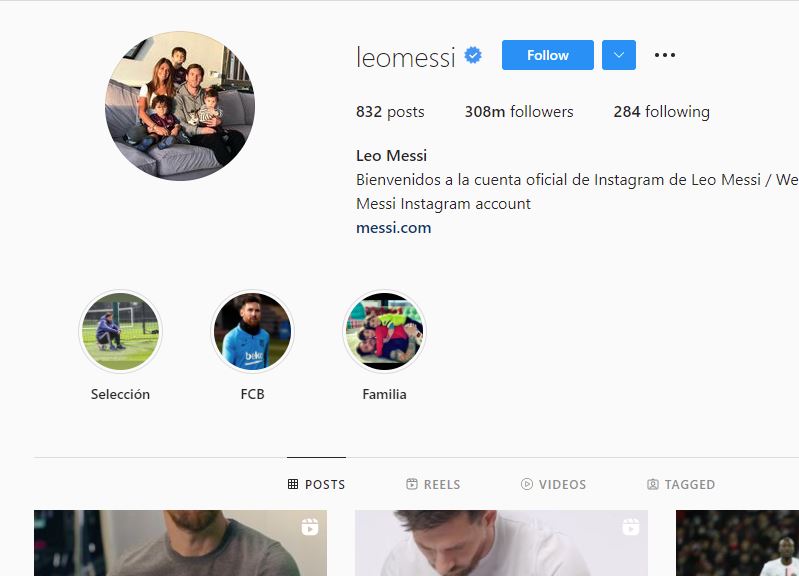 Ronaldo has also been named as the highest celebrity sports earner on Instagram.

He pockets about $1.6m (£1.2m) anytime he makes a promotional post on the social media site. 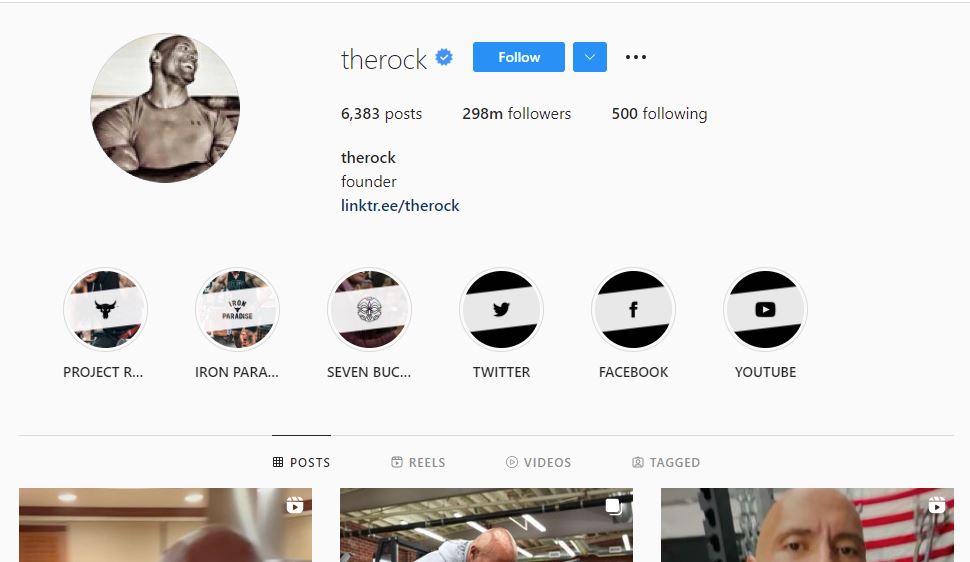 And it’s not just the odd “thank you” post after games for the Man Utd forward as we usually see with other sports stars. 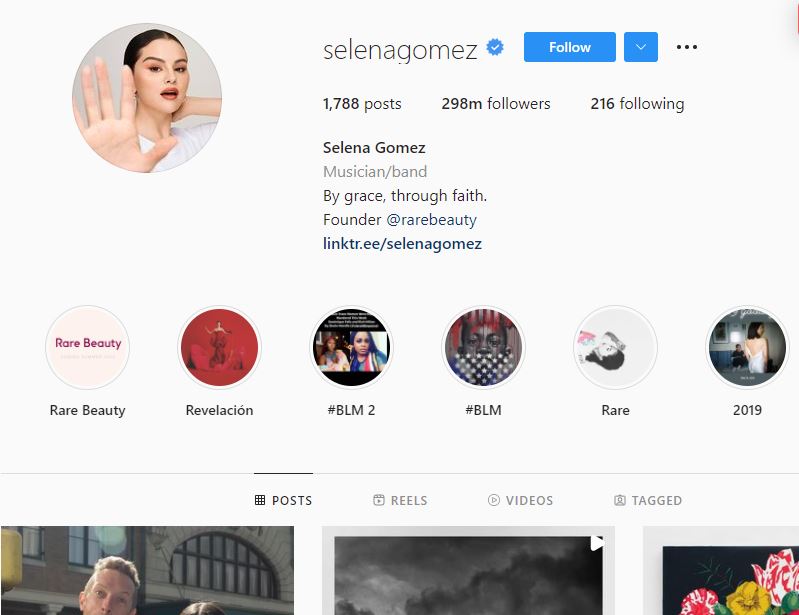 The popularity of his account is prime advertising ground for brands who will now have to fork out over one million dollars for every promotional post.

This amount has risen significantly since last year due to the steady growth of the page and the staying power of Cristiano himself.