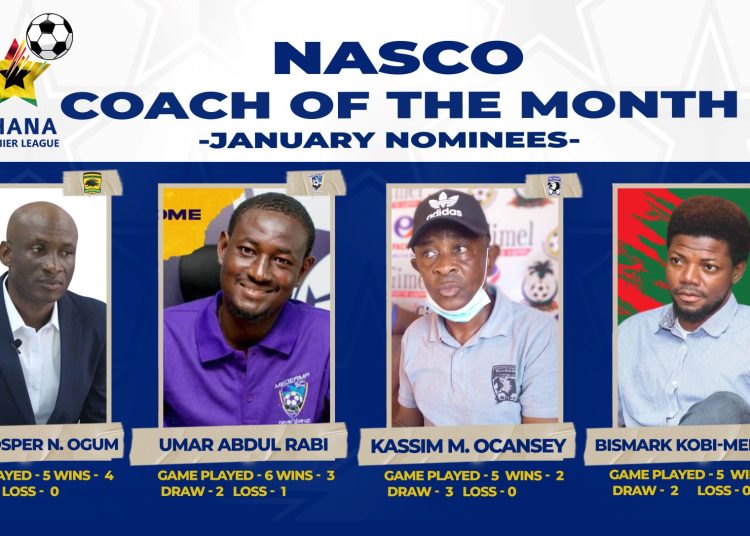 Prosper Nartey, head coach of Ghana Premier League leaders, Kumasi Asante Kotoko has been named on a four-man shortlist for the Coach of the Month award for January.

Nartey led the Porcupine Warriors to four wins and one draw from five games in January, with victories over Aduana, Medeama, Ashgold and Great Olympics.

The run saw them consolidate their lead at the top of the Premier League table. 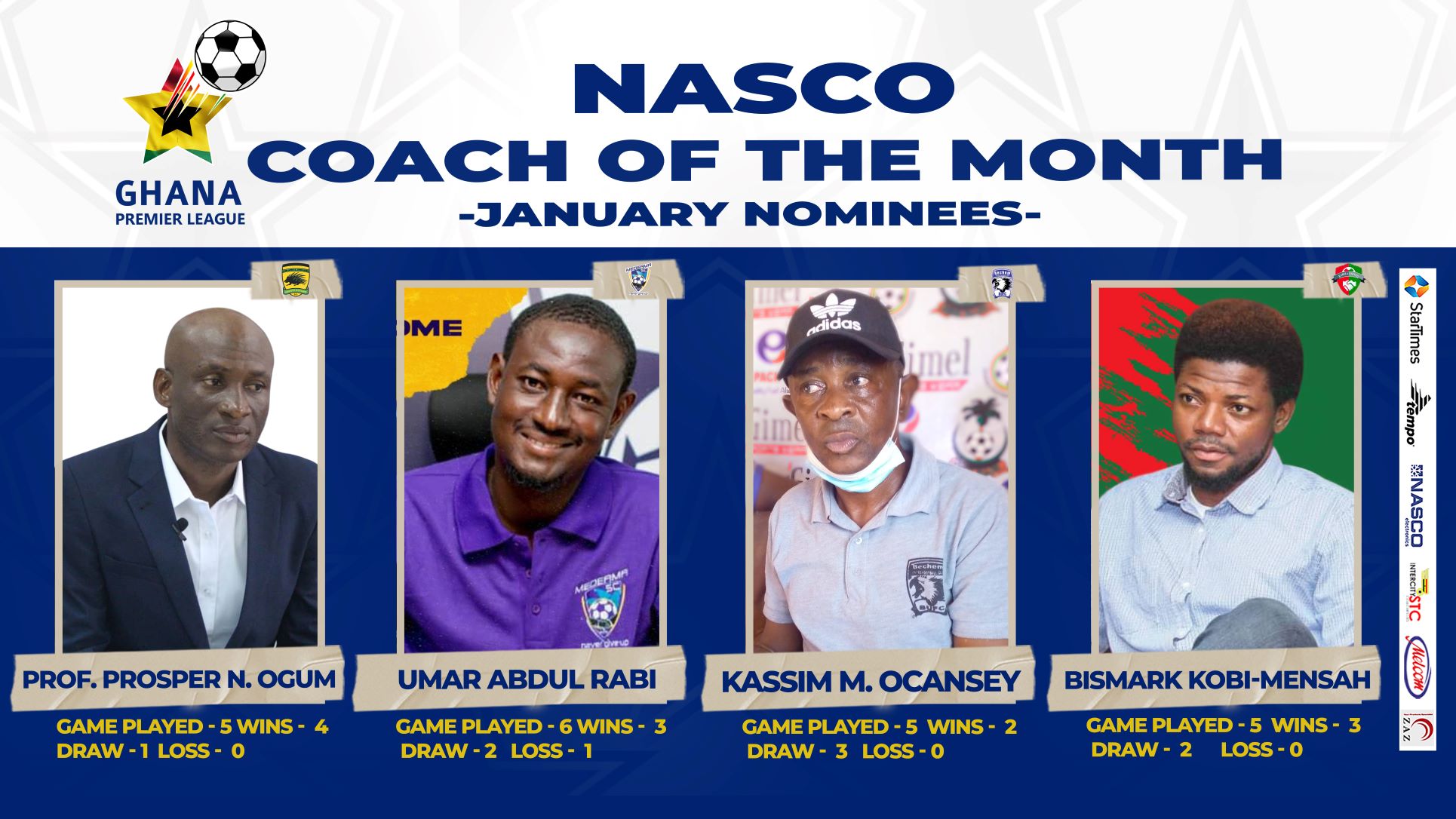 Also on the list is Medeama boss, Umar Abdul Rabi, whose side won three and lost one of their six matches last month.

The winner will be named on the GFA’s News programme on Friday, February 25, 2022, and will receive a 43-inch Television set from Electroland Ghana Limited.