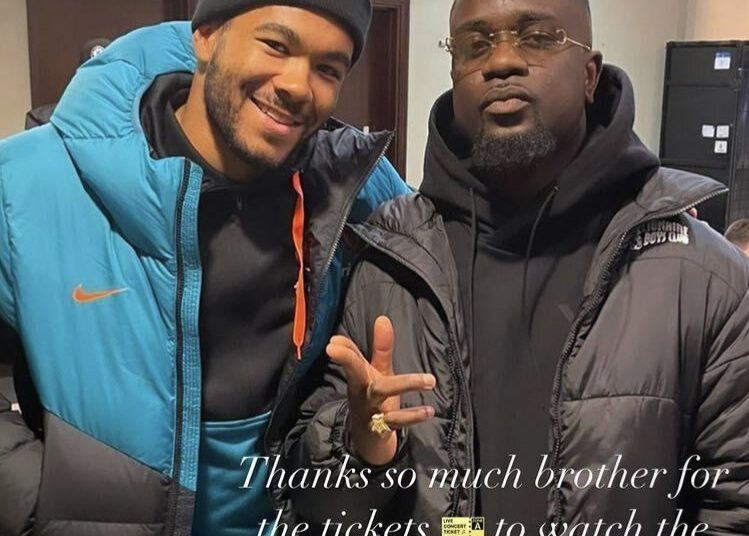 Ghanaian rapper Sarkodie must have had the time of his life on Tuesday night as he got to witness Chelsea’s Champions League masterclass against Lille first hand.

Sarkodie was at Stamford Bridge to watch Chelsea’s 2-0 win in their UCL Round of 16 first leg match against French champions Lille.

He was apparently a guest of Blues right back, Reece James, as he thanked the player for hooking him up with tickets for the game on social media.

“Thanks so much for the tickets to watch the game last night,” Sarkodie captioned a picture of the pair.

It’s unclear whether “the Highest” is a Chelsea fan but he certainly would have enjoyed the show the Blues put up all night. 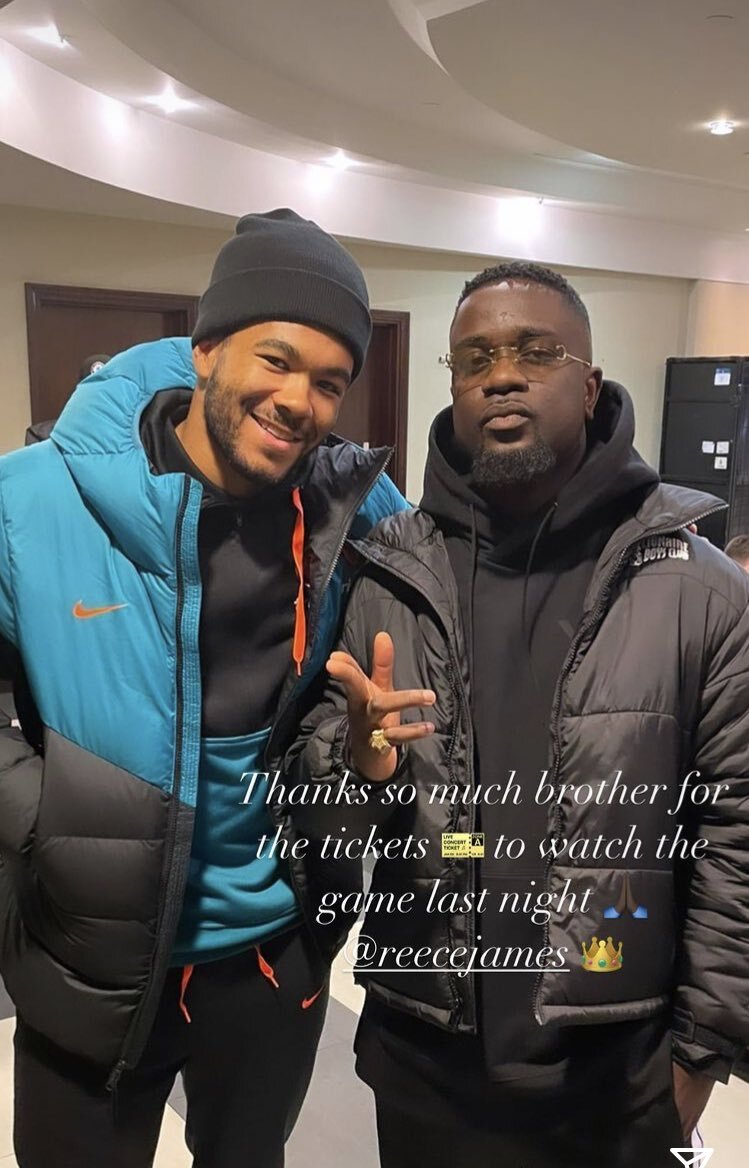 Reece James himself did not suit up for the game due to injury but he was out before the game parading the Club World Cup trophy with Ben Chilwell and Callum Hudson-Odoi.

On the pitch, the European Champions were dominant, coming away with a 2-0 win that sets them up nicely for the second leg in France.

Sarkodie also shared a shot of himself in the stands at Stamford Bridge before kick-off.

Stamford Bridge had a special guest yesterday and it was the African Rap god. King 🤴Sark 💞🥰🥳#Sarkodie𓃵@sarkodie @ChelseaFC pic.twitter.com/eRFjiw4S0v

GPL: “We are struggling” – Hearts of Oak coach Samuel Boadu