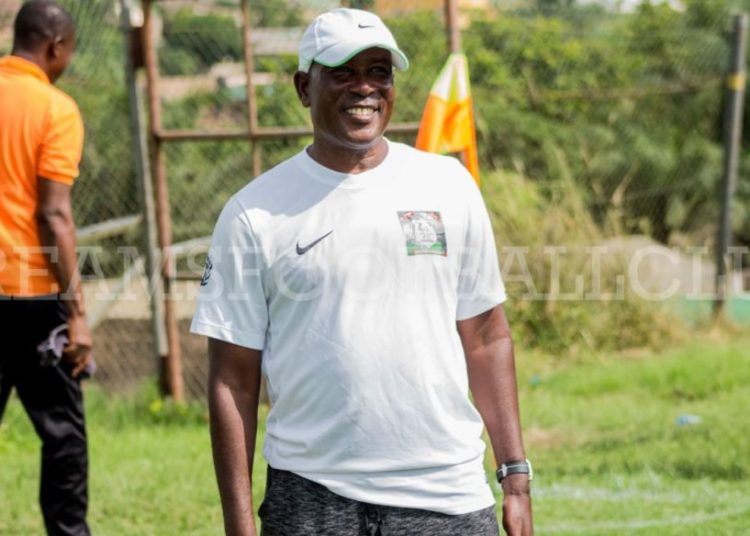 His comments follow his sides 2-0 defeat to Asante Kotoko at the Baba Yara Stadium, a game he felt his team could have won in the first half.

According to him, one of the ways to change Ghana Football is for players to be held accountable for their lack of creativity and decision making in the final third.

“If you want to change Ghana Football, you should stop blaming coaches and also blame the players.”

“Nowadays, when a player fails to score, the coach is blamed instead of the player. He said.

“You have to balance your criticism, you have to criticise when we don’t play well but when they fail to score, it is not me,

“Before you pass or you kick the ball, you think, it does not say the coach should think.”

Dreams FC will next play Elmina Sharks in Match Week 19 at the Theatre of Dreams in the Ghana Premier League.

Asante Kotoko’s Mbella named Player of the Month for January

Asante Kotoko's Mbella named Player of the Month for January