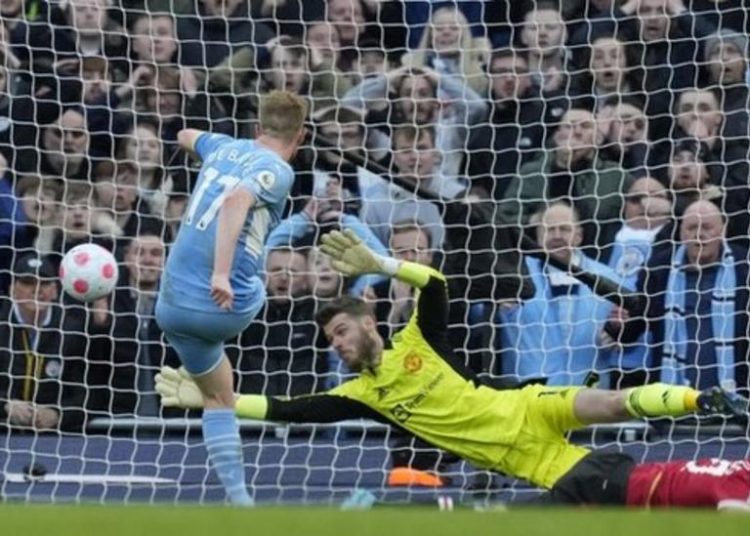 0
SHARES
93
VIEWS
Share on FacebookShare on TwitterShare via Whatsapp

Manchester City extended their lead at the top of the table to six points after thrashing local rivals Manchester United 4-1 at the Etihad Stadium.

A frantic start to the game saw City score after just six minutes through Kevin De Bruyne – with their first shot of the game – who stroked home after good work from Bernardo Silva and Jack Grealish out wide.

United responded well just 15 minutes later, as Jadon Sancho, who returned to his former club, curled the ball past Ederson to equalise for the Red Devils.

De Bruyne was keen to ensure his side weren’t level for long, as he fired home from close range after some neat work from Phil Foden and some poor defending from United.

Ralf Rangnick’s side pressed well in the first half and caused City some problems, but the hosts were comfortable after half-time and dominated the second 45 minutes.

And the game was put to bed when Riyah Mahrez scored the best goal of the bunch to make it 3-1, as he met De Bruyne’s corner from the edge of the box and half-volleyed it past David De Gea.

Mahrez bagged his second of the game in added time, as he just about stayed onside and fired the ball into the back of the United net.

The Premier League champions toyed with the visitors towards the end of the game and will be wondering how they didn’t score more.